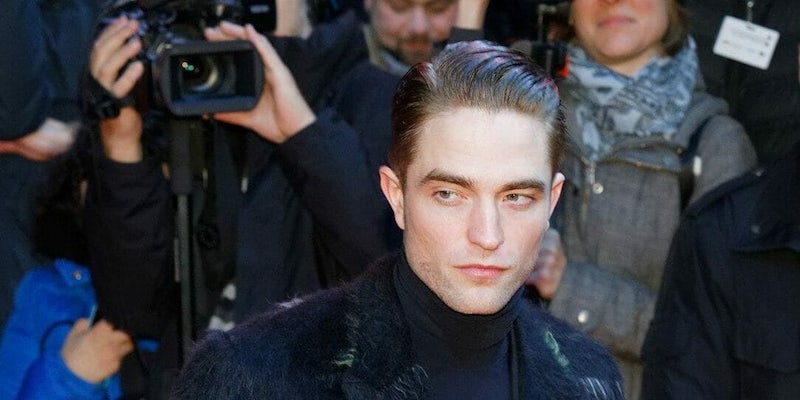 Robert Pattinson reportedly cast as Batman, and fans are divided

'The Batman' could be a return to blockbuster filmmaking for the acclaimed indie actor.

Robert Pattinson is in talks to star as Batman in Matt Reeves’ upcoming reboot The Batman, and perhaps inevitably, there’s a drastic split in fan reactions.

Meanwhile, indie cinema fans are over the moon. In his post-Twilight career, Pattinson has almost exclusively filmed weird, ambitious, lower-budget movies, and if he winds up playing Batman, he’ll have even more industry clout to get those movies funded. In summary:

film twitter and twilight stans teaming up to discuss the battle against the locals who have no clue about robert pattinson’s post-twilight career pic.twitter.com/uoF4QkWpBp

To give you an idea of Pattinson’s post-Twilight filmography, his latest movie is the bleak, sexually explicit sci-fi thriller High Life, and he’s made two films with David Cronenberg and one with Werner Herzog. If he’s confirmed to play Batman, this will be his first mainstream blockbuster since 2012, and in the intervening years, he’s become one of the most sought-after actors in indie cinema. And for those who remember him from his days as a teen heartthrob: He’s already two years older than Christian Bale was when Batman Begins came out.

Matt Reeves’ The Batman was initially meant to star Ben Affleck but has been rewritten significantly over the past few years. It’s now thought to be a standalone reboot, with Reeves taking cues from Hitchcock. He describes it as “an almost-noir driven, detective version of Batman.” According to Variety‘s casting report on Pattinson, The Batman is now expected to come out in 2021.

Update 2:13pm, May 31: Warner Bros. confirmed the casting rumors on May 31, with Robert Pattinson officially cast as the new Batman.