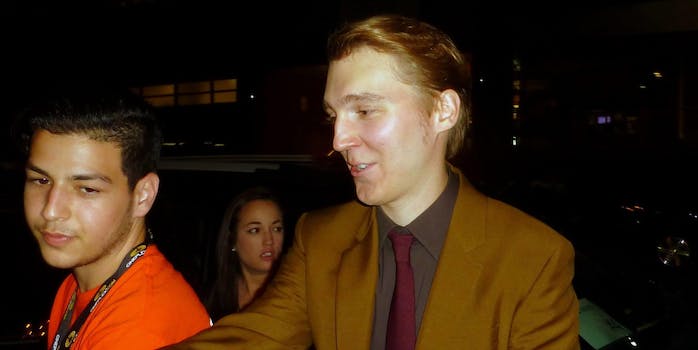 Paul Dano will play the Riddler in ‘The Batman’

Indie star Paul Dano will play the Riddler in Matt Reeves’ upcoming DC Comics movie The Batman, reimagining the iconic villain. The character’s most prominent live-action portrayal came from Jim Carrey in the 1995 film Batman Forever, and it’s safe to assume that Dano’s version will have a darker tone.

Dano is best known for his roles in indie dramas including Little Miss Sunshine and 12 Years a Slave, making his directorial debut with the drama Wildlife last year. This is a rare blockbuster role for him, and another exciting piece of casting news for The Batman. He’ll co-star alongside Robert Pattinson in the lead role, with Zoë Kravitz as Catwoman, and Jeffrey Wright as Jim Gordon.

Jonah Hill was previously in talks to play The Batman‘s lead villain, but pulled out of negotiations this week. There were also rumors that the Penguin would play a role in this movie, although that hasn’t actually been confirmed. Given the recent ubiquity of the Joker and Catwoman, the Riddler is ripe for a fresh reboot. The Hollywood Reporter revealed that the character will be known as Edward Nashton, the name he used before adopting the more theatrical Edward Nygma (“enigma”), suggesting that this movie may reintroduce the Riddler’s origin story.

Reeves previously described The Batman as a “noir-influenced” detective story, so the Riddler certainly makes sense as the film’s lead villain. Instead of the action-focused conflicts of recent Batman adaptations, presumably, this film will focus more on Bruce Wayne solving the Riddler’s puzzles.