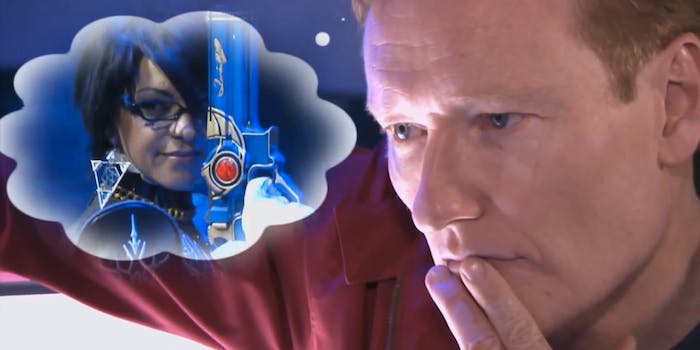 Here’s what Conan O’Brien was up to at E3

He must have been doing something other than clogging up hallways.

All sorts of celebrities attend the Electronic Entertainment Expo, from LeVar Burton sitting in on game demos to Aisha Tyler hosting Ubisoft’s press conference. But by far one of the most talked-about was late-night giant—and self-proclaimed Clueless Gamer—Conan O’Brien.

Also Conan Obrien is here and I don’t care. Actually I care a bit, because people keep crowding around him and locking up the hallways.

There were even rumors that demo sessions were being cut short to make room for Conan. Now we all get to see what he was up to. Enjoy the Clueless Gamer’s adventure at E3 2014.