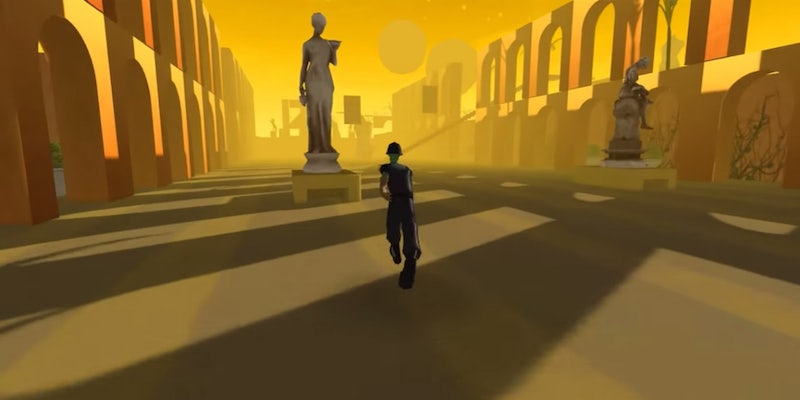 Explore the world of surrealist art in this gorgeous video game

Step into the unique world of painter Giorgio de Chirico.

SURREALISTa is an example of an artistic endeavor that no other form of media could possibly accomplish. One could say it is an art game that helps to define games as art.

Giorgio de Chirico was an Italian painter acknowledged as the founder of the Metaphysical art movement. Paintings created in the early 20th century like his The Song of Love and Mystery and Melancholy of a Street bear many similarities to the surrealist art of Salvador Dalí. SURREALISTa, developed by Brazilian artist Carlos Monteiro is a game about exploring de Chirico’s world by stepping into his paintings.

SURREALISTa is not an open-ended exploration. Gateways connect one level to another. A lack of traditional perspective, and odd relationships between objects make finding the gateways a challenge. The disorienting experience relates to the effect de Chirico wanted his paintings to have on the viewer.

An alpha version of SURREALISTa is available as a free download, and Monteiro’s game development studio Gigoia Studios is advertising a “huge update” to the game in November 2015.