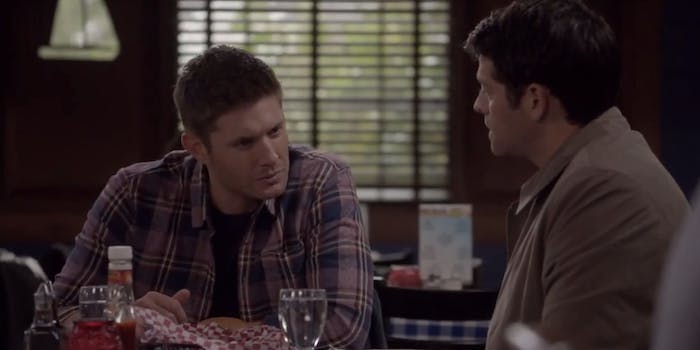 ‘Supernatural’ pairing takes the crown as Tumblr’s most popular ship

Congratulations, Supernatural fans: Your favorite ship may never be canon, but you’ve taken the Internet’s top prize for enthusiasm.

For the first time, Tumblr has published statistics on shipping as part of its Year in Review report, a project that began last year as a way of providing insight into its community activity. According to Tumblr, Destiel is the most reblogged ship on the Internet.

The news is sweet validation for a fandom that’s had a long and rocky relationship with Supernatural‘s creative team. It comes just after the show’s 200th episode explicitly encouraged fans to keep shipping, and just in time for the mid-season finale, which promises to have lots of interaction between the two halves of Destiel, Dean and the angel Castiel. 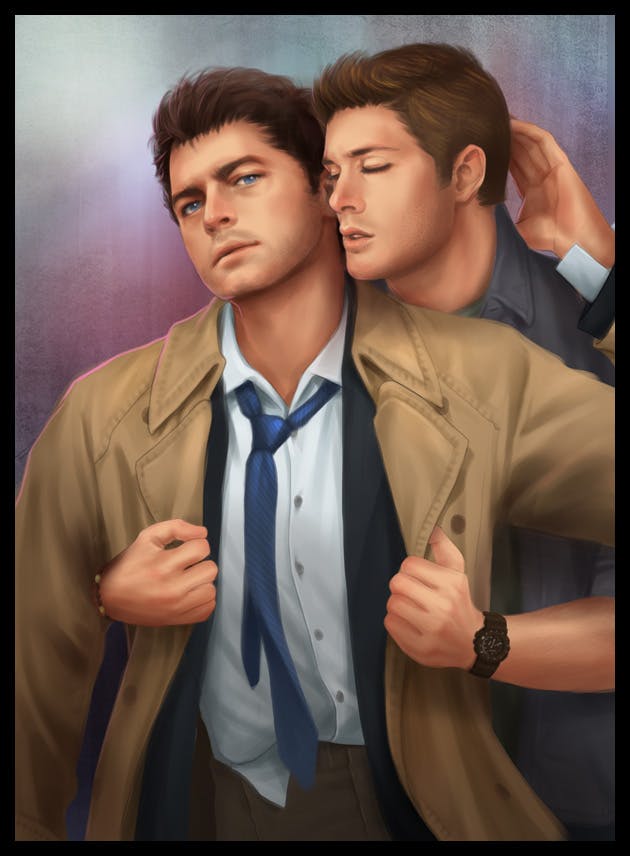 To put this coup in its proper perspective, consider what wasn’t number one. One Direction is by far the most popular fandom on Tumblr, generating over a billion posts to date. Yet the most popular 1D ship, Larry Stylinson—that’s bandmates Harry Styles/Louis Tomlinson, for the uninitiated—only made no. 3 on the list. It fell behind another Superwholock ship: Johnlock, short for BBC Sherlock pairing John Watson and Sherlock Holmes.

The prevalence of slash ships shouldn’t come as a surprise to anyone familiar with fandom, but it’s still eye-opening to see a statistical rundown of the top 20 ships on the biggest fandom-centric social media platform and realize that 15 of them are queer ships. Of the 15, only one is femslash—that is, a non-canonical relationship between two women. Perennial Once Upon a Time ship Swanqueen (Emma/Regina) clocks in at no. 20 on the list. The other 14 are male ships.

More significantly, only one of the queer ships on the list is canon. That honor goes to Glee fandom’s beloved ship Kurt/Blaine, or Klaine. Klaine represents one of the few queer relationships on television that has been allowed to develop the way a traditional heterosexual relationship would, with ups and downs and an eventual happy ending. Other slash ships on the list—most notably MakoHaru and HaruRin, the two ships from the homoerotic swimming anime Free!—represent a conscientious engagement on the part of creators with slash-loving fangirls.

But the predominance of otherwise dark-horse slash ships on the list is testament to fans’ desire to validate queer relationships that are still considered too radical or controversial to find their way into the mainstream narratives that birthed them. In particular, the list contains a number of ships whose fans have frequently accused their respective series’ creative teams of queerbaiting—that is, teasing the possibility of queer romances in order to pander to fans without any intention of following through with those romances. 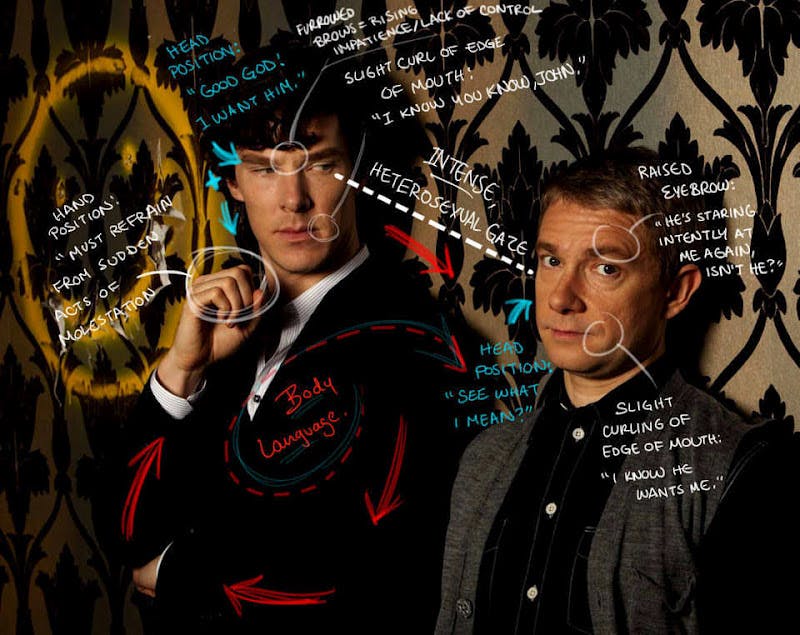 Among these ships, which include Swanqueen, Johnlock, and Teen Wolf juggernaut Sterek, Destiel has arguably had the longest-running fandom and the most contentious relationship with its creatives. Supernatural, which is currently in its tenth season, has remarkably continued to grow its audience at a moment when ratings for most other television shows are declining. The fandom has largely attributed this growth to the popularity of Destiel on Tumblr.

This is the first time that a statistical analysis of fandom shipping on Tumblr has ever been produced to back up that sentiment, but the implication, at least in terms of showcasing fandom’s desire for queer representation, is significant. After all, if Destiel is the most popular ship on the most popular social media platform for fandom, then it makes the show’s refusal to explore the ship seem less like a dodged homoerotic bullet of controversy and more like a missed opportunity to incorporate a beloved narrative that many fans want to happen.

At the very least, the overwhelming popularity of Destiel is the ultimate rebuttal to the ongoing hostility fans encounter from the production team when they attempt to discuss the ship the way they would with any heteronormative ship. At best, dismissal of Destiel is disingenuous; at worst, it is needlessly homophobic.

It should not be easy for the show to deride, dismiss, or insult the most popular ship on Tumblr, and the fact that it’s a male/male ship shouldn’t change that. Hopefully, it will now be harder for star Jensen Ackles to dismiss fan questions about the ship or his character’s sexuality. Despite Ackles’ best efforts to pretend otherwise, the gay ship focused on his character not only exists, but it exists as the most popular pairing on a social platform with 70 million users.

Meanwhile, there are plenty of other surprises on the list. Shows especially beloved by fandom, including Attack on Titan, Once Upon a Time, and Teen Wolf, each had two pairings make the list, while Directioners had three ships represented. The CW scored the most shows with ships on the list, with Supernatural, Vampire Diaries, and Arrow (the latter two with canonical male/female ships).  YouTube’s favorite homoerotic buddy pairings are both on the list: Troyler (Troye Sivan and Tyler Oakley) and Dan Howell/Phil Lester. Only one actual real-life relationship made it in, but it’s a good one: Kimye, or, as Tumblr put it, “America’s sweethearts,” Kanye and Kim.

Here’s the full rundown. If you’re new to shipping, the ship name (an amalgamation of the two people who form the pairing) comes first, followed by the individuals in the ship, then their respective canons:

In addition to the list of ships, the 2014 Year in Review list includes rundowns on the most popular bands, actors and actresses, and dating and parenting blogs, as well as some of the most popular blogs, posts about feminism, songs, and much more. Look for more posts from the blog in the days to come.