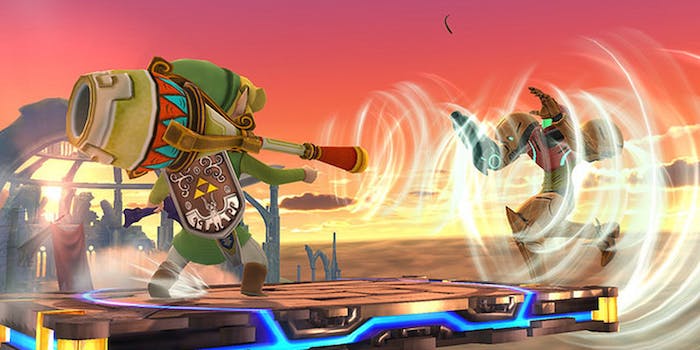 People are paying to play the demo for a game that will be free to everyone next week.

With Super Smash Bros. for 3DS coming out early next month, and a public demo being released next week, it seems the hype has gone from insane to stupid.

Nintendo, being the gracious overlords that they are, sent out demo codes to select platinum members so they could get in on the demo a week earlier than the rest of us plebeians. They were so gracious, in fact, that they sent out not just one, but four codes so those players could play the game with their friends.

Instead, people started posting their extra codes to eBay. 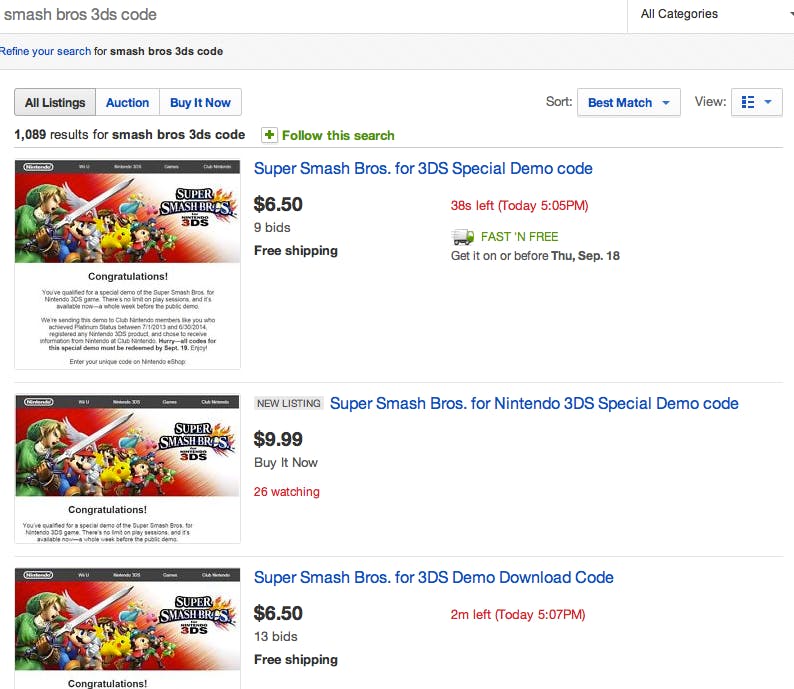 People are paying actual money to play the demo for a game that will be free and open to everyone later next week. We’ve even seen codes going for more than $50. That’s a lot of cash to spend on a free demo, that again, will be made public on Sept. 19.