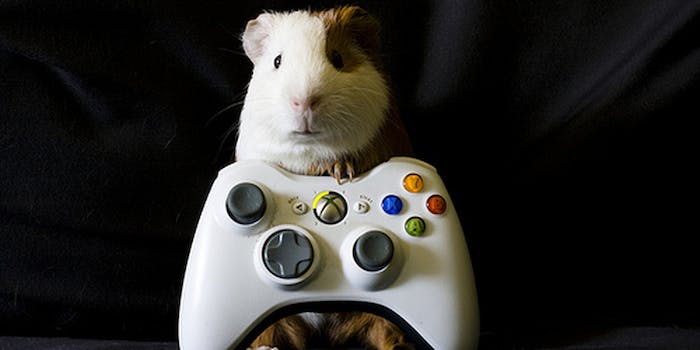 Of course if you've ever played 'Flappy Bird,' you already knew that.

Do you remember being pummeled so badly by your friends in a game that you turned off the console? Careful: getting frustrated during difficult games could lead to anger outside of the gaming world, according to a study published in the Journal of Personality and Social Psychology.

While aggression has been the subject of many studies on video games, this is the first study to look at aggression as it relates to game difficulty, not game content.

The researchers created a number of tests that required participants to play different games—some violent and some nonviolent. They wanted to see if, as a game got harder and participants became more frustrated, they also felt more aggressive when the game was over. The study is based on the fulfillment of needs, specifically our need to feel competent. Predictably, as gamers in the study increasingly struggled to complete their games, the need to feel good about their performance went unfulfilled and they became frustrated.

To gauge how they felt after playing the game, participants had to answer surveys and word association tasks. The harder the game, the more their answers identified them as feeling more aggressive than the people who played easier games.

In one experiment, the players were told to submerge their hands in cold water prior to playing a video game. Then, when they were done playing, they were given the option to set the immersion time for future players. The researchers found the more difficult the game, the more punishment each player was willing to dish out.

According to the study, the “needs satisfaction” element of playing video games turns out to be very relevant to how a person feels after a gaming session. The study showed that aggression displayed by video game players wasn’t influenced by violent content in the games, but instead was triggered by frustration over the difficulty of the game. But, of course, if you’ve ever flown into a rage over Pac-Man or Flappy Bird, you already knew that.

Photo by Katherine McAdoo/Flickr (CC By 2.0)