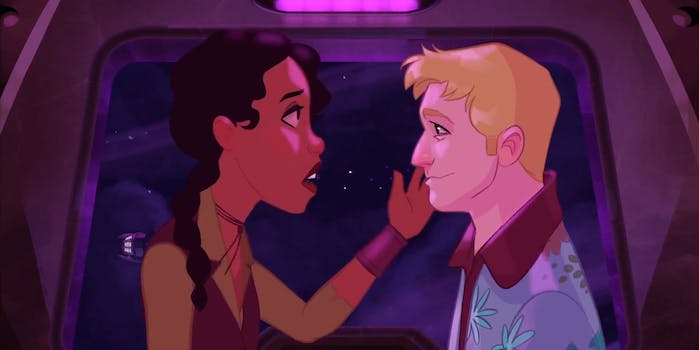 'Firefly' fans should grab some tissues before watching this GIF.

Just thinking about the characters Hoban “Wash” Washburne and Zoë Washburne is probably enough to make Firefly fans emotional. If you’re one of them, we’re betting that animator Stephen Byrne can bring you to the edge of tears in just two seconds.

Byrne has created a GIF featuring the Washburnes which shows less than two and a half seconds of animation but contains enough of an emotional punch to leave its mark. According to Byrne, the animation is from the first scene of The Animated Adventures of Firefly.

Perhaps even more amazing than the GIF itself is the amount of hard work that went into it. Byrne posted a production diary on YouTube showing almost all the work behind the creation of the GIF. The eight-minute video below gives fans of Byrne’s work a great behind-the-scenes look at how he brings characters and scenery to life.

Despite the fact that the GIF toyed with our hearts, we’re definitely eager to see more of Byrne’s animated Firefly, though we’re prepared for the episode to bring more tears.