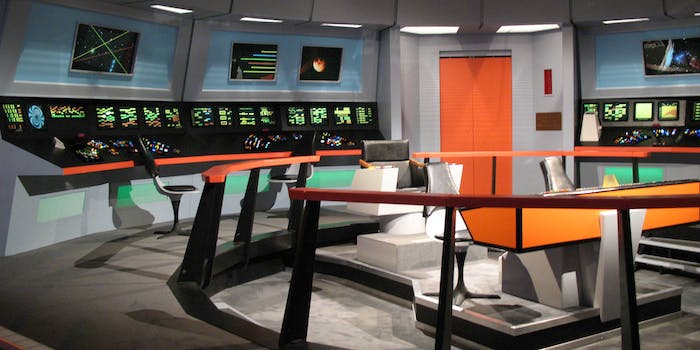 The new ‘Star Trek’ series will air internationally on Netflix

It's time for international 'Star Trek' fans to breathe a sigh of relief.

The new Star Trek series will make its debut on CBS in January 2017, with later episodes streaming on CBS All Access. Considering Star Trek‘s massive fanbase, this was a smart move from a network wanting new audiences to sign up for its streaming platform. But what about fans outside the U.S.?

According to TV Line, overseas viewers will be able to watch the show on Netflix. Since every existing Star Trek episode was added to UK Netflix last month, we really should have seen this one coming.

Meanwhile, Canadian viewers can catch the show through a slightly more complicated method. The two-hour pilot will premiere on CTV, with later episodes airing on Space, and then streaming on CraveTV. But not Canadian Netflix, apparently.

Outside of the U.S. and Canada, new episodes will be released 24 hours after the original airdate—much like the arrangement for Game of Thrones. We still predict a lot of piracy from fans who want to watch new episodes as soon as possible, but the ubiquity of Netflix goes a long way to stave off the problems of delayed syndication.