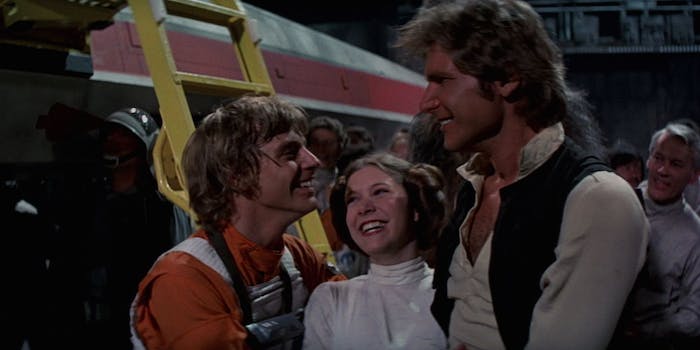 Are there two different Luke Skywalkers in the original 'Star Wars' trilogy? The answer won't surprise you.

Sometimes the Internet spits out something so perfectly aligned with your interests, it’s hard to believe it’s even real. For me, that thing is the Bigger Luke Hypothesis.

According to this fan theory, there were two different Luke Skywalkers in the original Star Wars trilogy, Luke Prime and Bigger Luke, who may have been played by a slightly taller body double. This combines three of my absolute favorite things on the Internet: Star Wars, celebrity height trivia, and unnecessarily detailed conspiracy theories.

While the Bigger Luke Hypothesis has allegedly been around since the ’80s, it may actually have originated as a joke last year. The first concrete evidence of Bigger Luke online is an archived Reddit thread from June 2015, and the theory went viral on Monday when the Twitter account @outofcontextsw posted a screencap of the Bigger Luke Wiki, which was created in late 2015.

Thanks to the popularity of the “Jar-Jar Binks is Supreme Leader Snoke” meme, there’s a market for idiotic Star Wars fan theories. But somehow, I can’t bring myself to label Bigger Luke as a hoax. The Wiki reads like an affectionate parody of harmless yet elaborate conspiracy sites, complete with screencaps “proving” the height disparity, fringe theories about malnutrition during the 1970s oil crisis, and straight-faced sourcing to random message-board users.

Of course, any celebrity height aficionado will tell you that the Bigger Luke theory’s methodology is far from reliable. For example, who would trust the evidence of a screencap like this one, in which Mark Hamill is clearly not standing up straight compared to Harrison Ford?

At this point, some readers may be wondering why I’ve failed to tackle the elephant in the room: the fact that Luke Skywalker is clearly the same height throughout the trilogy. Well, yes. Obviously. Any visible difference is a result of changing posture or camera angles, although maybe we should be congratulating George Lucas for failing to do this on purpose. Most of the time, Hollywood filmmakers are obsessed with using camera trickery to make short actors look like giants.

Like Tom Cruise (and possibly Robert Downey Jr., although his love of high-heeled sneakers makes his height difficult to judge), Mark Hamill is about 5 feet 7 inches tall. But while Cruise and Downey are routinely portrayed as being a similar height to co-stars like Ving Rhames (5 feet 11 inches) and Chris Evans (6 feet), Star Wars has always had a healthily relaxed attitude to casting small-framed heroes opposite looming villains like Darth Vader and Kylo Ren. 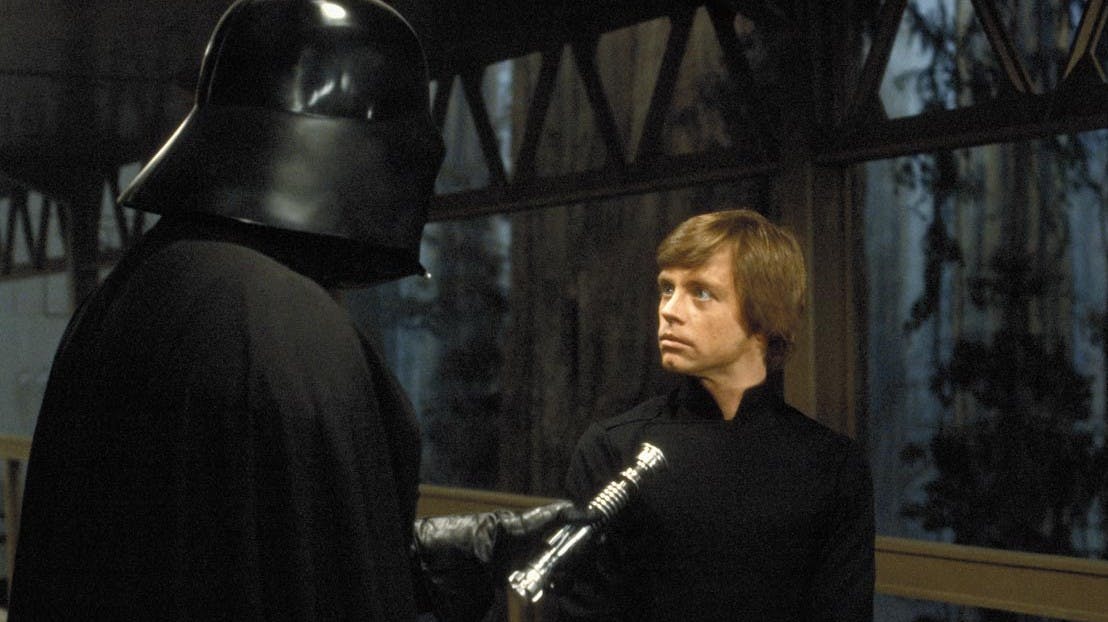 In fact, this is one of the many details that carried over from the original trilogy to The Force Awakens. While most sci-fi and action franchises now require their male leads to spend months bulking up to a cartoonish degree, John Boyega (5 feet 9 inches) and Oscar Isaac (approximately 5 feet 8 inches) appeared as they do in real life. And arguably, the film is better for it. Instead of casting traditional action stars, The Force Awakens focused on heart and personality, with characters who defeated their enemies through determination and teamwork rather than brute strength.

So, as is always the case in the world of celebrity height analysis, it’s all a matter of perspective.