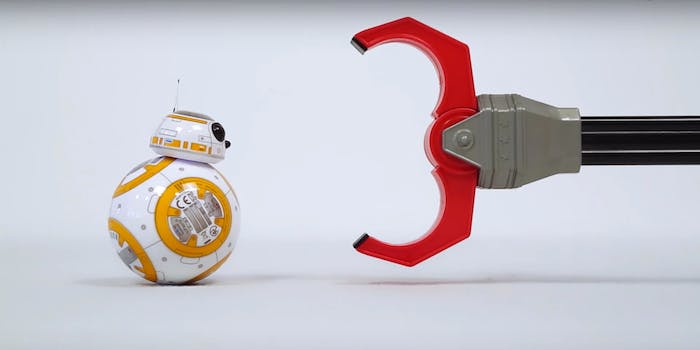 Sphero is taking the most popular toy of 2015 on a series of adventures.

Not content with producing one of the most popular toys of 2015, Sphero, maker of the app-controlled BB-8 toy, has sent its little guy on an adventure quest on YouTube.

The Curious Adventures of BB-8 is a short webseries that began airing last month on Sphero’s YouTube channel. In the super-short clips, the droid—the clear star of the new film Star Wars: The Force Awakens—interacts with various objects, from hedgehogs to record players:

Inquisitive and adorable, BB-8 by Sphero is a little Droid exploring a brave new world. See what happens when an Astromech Droid from a galaxy far, far away interacts with all things planet earth.

The answer is no. And that should scare you. Soon BB-8 will be interacting with your soul.