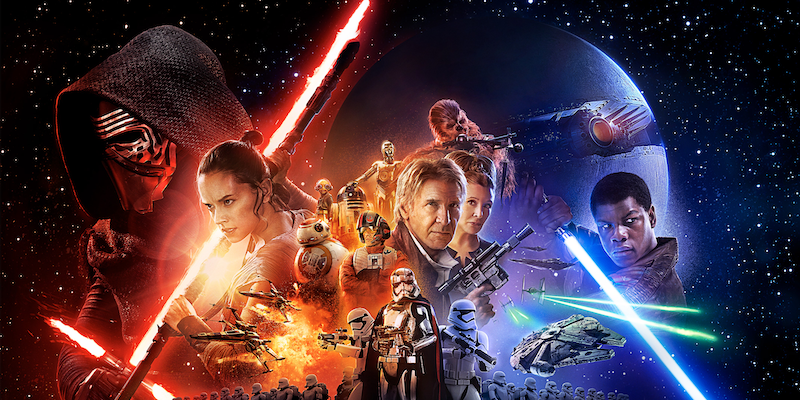 ‘Star Wars’ books and comics to read before ‘The Last Jedi’

You totally have time to catch up.

Star Wars is the reigning champion when it comes to tie-in books and comics. After dropping the entire Expanded Universe in 2014, Disney and Marvel have built a new canon of stories around the core franchise, including several books about the characters of The Force Awakens. Even better, you definitely have time to catch up before The Last Jedi comes out in December.

This book collects a trio of stories about Finn, Rey, and Poe Dameron, exploring their lives before the events of the movie. Author Greg Rucka has a long career of writing original work and well-known comics like Superman, and it’s clear why he was chosen for the first wave of new Star Wars tie-ins. Before the Awakening is a quick read with some interesting insight into the three lead characters. We also recommend his Rogue One tie-in Guardians of the Whills, which is a little more complex.

This book takes place six years before The Force Awakens, the second of two tie-ins by YA novelist Claudia Gray. It focuses on Leia Organa’s Galactic Senate career, a political thriller that fleshes out the conflict between the New Republic and the First Order. Since Leia didn’t actually get much screentime in The Force Awakens, this could provide valuable background for her role in the next movie.

“Non-fiction” reference books have always been a big hit in Star Wars fandom, with each movie receiving at least one in-depth reference book. The visual dictionaries are delightfully nerdy, zooming in on tiny details you may have missed in the movies. If you’re the kind of person who needs more information about Poe Dameron’s uniform or some random alien in the background of Jakku, you’ll enjoy the hell out of this. (There’s also a book of spaceship cross-section diagrams, for the truly detail-oriented.)

Star Wars ventured into the world of single-serving ebooks for The Force Awakens, releasing several short stories about obscure characters in the movie. The Perfect Weapon stars the most recognizable character, Bazine Netal, the stylish female mercenary from Maz Kanata’s castle. The Face of Evil and All Creatures Great and Small feature alien characters from Jakku and Takodana, respectively. And High Noon is perhaps the deepest cut of all, starring a Jakku character named Constable Zuvio who was apparently cut from the film, but became a cult figure due to the inexplicable volume of Zuvio merchandise.

Most of Marvel’s Star Wars comics take place earlier in the timeline, but there are a couple of great tie-ins for The Force Awakens.

This is a must-read for fans of The Force Awakens‘ dashing Resistance pilot leader. Written by Charles Soule and drawn by Phil Noto, it’s a kid-friendly and very charming adventure series set shortly before the movie. Poe gets an entertainingly villainous nemesis of his own, and the supporting cast includes Leia Organa and lowkey fan faves like the X-Wing pilots Snap Wexley and Jessika Pava.

This is technically one of the original trilogy comics, but it’s relevant to The Force Awakens because the main character is Poe Dameron’s mother. She’s a Rebel pilot as well, and the story takes place immediately after Return of the Jedi.

Captain Phasma is a four-issue miniseries, starting in September. It bridges the gap between The Last Jedi and The Force Awakens, covering (among other things) how Phasma escaped that trash compacter on Starkiller Base.

The Last Jedi will get its own run of tie-in books in December, including a novel for the new character Rose Tico, titled Cobalt Squadron. In the meantime, if you’re still keen for more material from The Force Awakens characters, you can check out the new animated series Forces of Destiny.