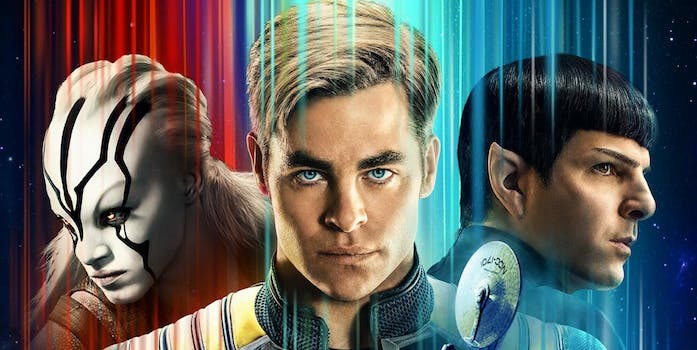 CBS and Paramount are fighting over ‘Star Trek’ again

CBS controls the TV rights to Star Trek while Paramount has the film rights, and as you might expect, this causes some friction. With Discovery filming a new season and Paramount working on two unrelated Trek movies, there’s plenty of opportunity for conflict.

The latest dramatic update comes from Wrath of Khan writer/director Nick Meyer. Last year, he revealed that he was working on a new project for CBS, after joining the Discovery writers’ room. We assumed this was a new spinoff series, but it seems it was actually a trilogy of TV movies. Speaking at an event at the University of California this week, he said it’s now been delayed due to CBS/Paramount legal conflicts.

“I was hired to write a stand-alone Star Trek-related trilogy… I was writing it for CBS [All] Access… but at the moment CBS is at a war with Paramount/Viacom [about merging].

They’re in a power struggle which turned really nasty this past week when CBS decided to sue Viacom. So I don’t think my project is going anywhere in a hurry, because everything is on hold while they sort out this merger business. That’s my story and I’m stickin’ to it.”

The fact that he’s discussing this in public makes the trilogy sound even less likely to happen.

The trilogy, while it would stream on TV network CBS All Access, is still three movies. Potentially, that clashes with the big-screen franchise. At the same time, the idea of a CBS/Viacom merger is definitely interesting for Star Trek. The TV and movie franchises have been separate since J.J. Abrams’ Star Trek reboot, which follows a new canon timeline. In theory, a merger could allow the movies to rejoin the main TV canon, as they did before CBS and Paramount split in 2005. And unlike Marvel or DC’s TV/movie divide, Star Trek fans view the TV shows as “real” canon. The recent reboot movies are more like an optional extra.

However, that kind of speculation is pretty far ahead of where we’re at right now. The current legal conflict isn’t really about Star Trek. CBS is now battling for independence against its controlling shareholder, National Amusements—which also controls Viacom and Paramount. National Amusements wants to merge CBS and Viacom, but CBS wants out. So now they’re embroiled in a legal dispute so complicated that the judge actually said on Wednesday, “I’ve never seen anything like what’s transpired here in terms of moving parts.” He just granted CBS a restraining order against National Amusements.

It’s fun to speculate about what Nick Meyer might do with a new Star Trek trilogy, but this is a lot like discussing the idea of an X-Men/Avengers crossover in relation to the Disney/Fox merger. Ultimately, CBS and Viacom have much bigger fish to fry.