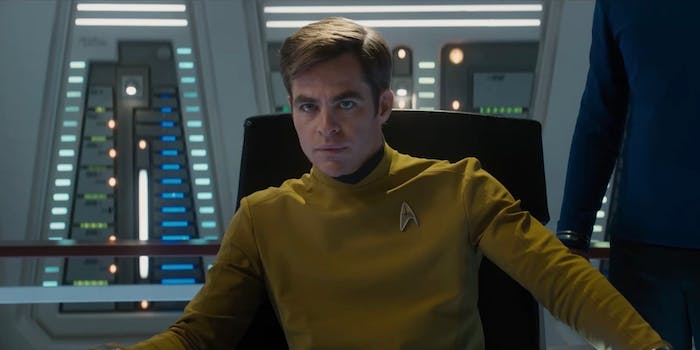 Paramount says there are 2 ‘Star Trek’ movies in the works

Are they counting the Tarantino project?

The future of Star Trek on film has been up in the air since Star Trek Beyond was released in 2016, but Paramount revealed that it is still planning to boldly go with the Star Trek crew.

Speaking at CinemaCon in Las Vegas Wednesday as part of Paramount’s presentation, CEO Jim Gianopulos revealed that Paramount and Skydance Pictures are working on two separate Star Trek movies. Gianopulos didn’t reveal any further details so it’s unknown how far along either of those projects are, which writers and directors are attached, or which cast members might be involved.

No specifics yet, just that they are working on two new movies. At first he said “several new Star Trek movies” and then clarified that it was two right now in the works https://t.co/96NPdwAoBC

Based on what we already know about Star Trek movies in the works, we have a couple of leads as to what those projects could be. Quentin Tarantino is attached to direct an R-rated Star Trek movie, a move that drew criticism from some fans; Revenant screenwriter Mark L. Smith attached to write the film’s script. The other Star Trek film that we know about would reportedly focus on Captain James T. Kirk’s father, George Kirk (briefly portrayed by Chris Hemsworth in the 2009 Star Trek movie), although it’s unclear if that movie is still being developed.

Paramount has a daunting task on its hands no matter which story—Tarantino and Smith’s movie, the George Kirk story, or a completely new script—it goes with first. On top of any sequel having to tackle the absence of Chekov after Anton Yelchin’s death, it will arrive in the midst of a significant gap between Star Trek movies, which puts even more pressure on the franchise.