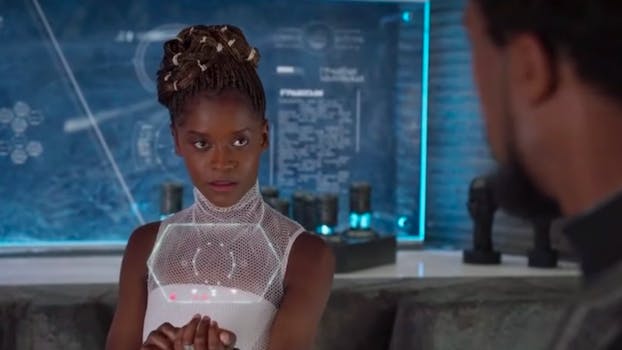 Did Shuri not survive the snap in ‘Avengers: Infinity War’?

Quit playing games with our hearts.

The first trailer for Avengers: Endgame dropped this morning, and fans are busy analyzing each scene carefully. In the 2-minute-and-25-second teaser, we see the remaining members of the Avengers—those who survived Thanos’ snap that erased half of the population—mouring the loss of several friends. One scene, though, stood out to several people on Twitter: a graphic that shows Shuri, T’Challa’s tech wiz sister, as “missing.”

Earlier this year, the Russo Brothers, who directed both Avengers: Infinity War and Avengers: Endgame, refused to confirm whether or not Shuri was turned to dust. Angela Bassett, who played Shuri’s mother Ramonda in this year’s Black Panther, said in an interview that she believed Shuri survived. But the graphic in the trailer shows otherwise.

The teaser trailer, of course, could be intentionally misleading fans. For all we know, Shuri is alive. But that didn’t stop people on Twitter from freaking out at the possibility that the beloved character was gone.

SHURI’S FACE IS THERE AND THEN SWITCHES TO PETER’S FACE. YA’LL SHURI DIED IN THE SNAP????? pic.twitter.com/R5A7YIbwdF

WHY IS SHURI UP THERE 911- pic.twitter.com/agRFXtcrS8

THE RUSSOS BETTER FUCKING EXPLAIN THEMSLEVES WHY THE FUCK DID SHURI DIE WHAT THE FUCK pic.twitter.com/m0JHkzvRvv

SHURI DIED IN THE SNAP IM ABOUT TO FIGHT THANOS MYSELF #AvengersEndGame pic.twitter.com/HcF8NZalws

Scott Lang, aka Ant-Man, is also shown as “missing” in the same graphic in the trailer, but he returns at the very end of the trailer. So maybe that means Shuri is just missing as well, and not actually gone. We’ll have to wait until April 26 to find out.