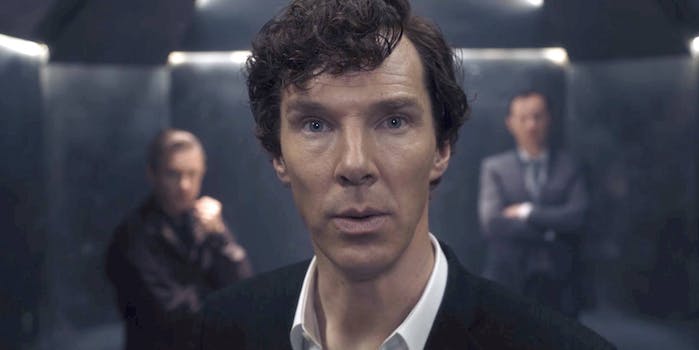 If you want to solve a mystery with Sherlock Holmes, now’s your chance. The BBC is holding a “Sherlock Live” interactive event at 8pm UTC (3pm EST) on Tuesday, Jan. 10, where fans can solve a mystery in real time.

We have received a text from someone claiming to be Sherlock Holmes. We won’t let this happen. #SherlockLive #NotGonnaHappen pic.twitter.com/lCJGctPAhc

Over the course of 30 minutes, fans will be given clues about the case on the #SherlockLive hashtag, with commentary from Sherlock showrunners Mark Gatiss and Steven Moffat.

Sherlock fans are notoriously detail-oriented, analyzing every new episode in painstaking detail for clues and hidden subtext. We’re sure they’re up to the task of solving this mystery in 30 minutes or less.