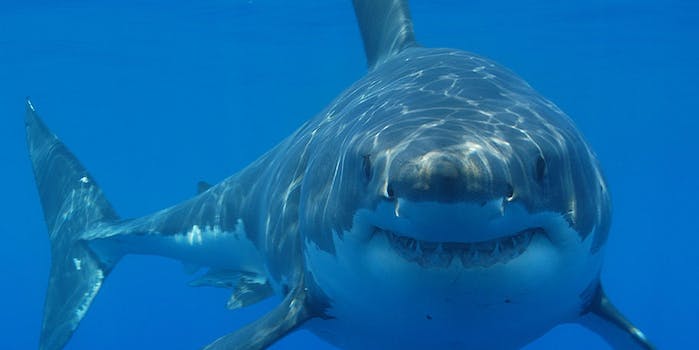 Shark Week has jumped the shark

The Discovery Channel's annual feeding frenzy isn't what it used to be.

The Discovery Channel’s annual week-long frenzy of shows about sharks has gotten so big that it spawns a host of ad campaigns and confuses people who feel out of the loop. It also enrages scientists and science fans when the event goes off the deep end in terms of factual accuracy.

Last year, the channel opened its Shark Week programming with a two-hour special called Megalodon: The Monster Shark Lives. To be clear, the megalodon was an ancient shark that could grow to more than 50 feet long, but the last one probably swam the world’s waters about 2 million years ago. The monster shark is extinct. The Discovery Channel however, felt that a program devoted to a bogus controversy over that fact would be worth the ratings (it did get 4.8 million viewers) and they’d be covered by a “too-fast-to-read disclaimer” that ran across the screen at the end.

This year’s Shark Week is more of the same. Fortunately, the flimflam is mixed in with programs by accomplished producers that promise to deliver on the week’s original premise: to showcase the awesomeness of sharks and promote conservation efforts.

Sunday’s kick-off programming, which included the fake documentary Shark of Darkness: Wrath of Submarine, reached approximately 3.8 million viewers, a record for the week’s 27-year history. Friday the network will air the megalodon program again, followed by an hour-long show to present “new evidence.”

The online reaction has been strong.

Guys, if there was a 50 foot predatory fish that lived in shallow coastal water, SOMEONE WOULD HAVE FUCKING SEEN ONE. #SharkWeek #Megalodon

A host of articles have been written that decry the program’s factual inaccuracy. David Shiffman, a vocal marine biologist (see above tweet), points out that one show focuses on a way to immobilize sharks that amounts to harassment. Some experts are even claiming that the Discovery Channel lied to them to get interviews for its documentaries.

I remember when #SharkWeek was about spreading awareness of how they aren’t vengeful monsters as Jaws portrayed. #SubmarineShark is awful.

Discovery has shown such commitment to integrity – – again – – with #SharkWeek, they should do #BigfootWeek next year.

A poll by OregonLive.com shows that 90 percent of people responding think that such fake documentaries undermine the credibility of Shark Week. The other respondents think that the programs’ entertainment and ratings trump science.

If you want to #SaveSharkWeek, watch #alienSharks now & prove to @Discovery through ratings that science is better than fakery. #SharkWeek

Those latter 10 percent may not have considered the negative externalities at play. The week triggers a “feeding frenzy” on shark meat—especially from Atlantic shortfin mako sharks, a species just as threatened by extinction as the polar bear. “But you wouldn’t want to eat polar bear tacos,” Angelo Villagomez, with the Pew Charitable Trusts’ Global Shark Conservation campaign, told NPR’s blog The Salt.

Even an early film producer for Shark Week has lamented the current state of the event. Thomas Horton, whose show Operation Sharkbite was popular enough to help inspire the Discovery Channel’s week, made his views clear to the Ventura County Star.

“I think it’s dreadful,” he said of the modern state of television.

The Discovery Channel has “gone reality” and seems to have less interest in educational programs, he said. The Learning Channel no longer has a right to call itself that, he said.

I’ve spent many nights with him and his family in Ojai, Calif., and have heard this criticism before. When Shark Week rolls around, I always think of him, but never so much as this year: Horton passed away on July 28. But he would have been glad to see the general outcry for more factual Shark Week programming.

Am watching @NatGeo Wild’s #SharkFest instead of #SharkWeek. If you want REAL science about #sharks, so far so good.

Not all of Shark Week’s programs are missteps. Alien Sharks, airing this year, will feature a newly discovered shark with “a venomous, barbed spine emerging from its dorsal fin, which it can move independently,” as master’s student Paul Clerkin told The San Jose Mercury News.

Only thing better than #AlienSharks is seeing all the tweets of appreciation for factual documentaries. This is your audience #SharkWeek

Sharks are fantastic, amazing creatures. They are top predators that have been swimming in the oceans for millions of years. Why resort to fiction when the facts are so cool?

Photo via Yzk/Wikimedia Commons (CC BY 2.0)