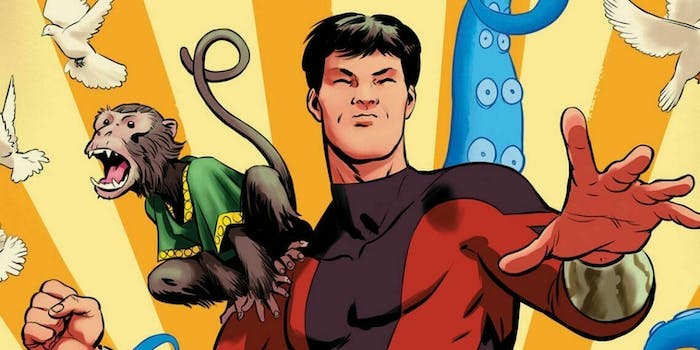 Based on the 1970s kung fu comics, 'Shang-Chi' is Marvel's first film with an Asian protagonist.

Cretton is best known for directing the acclaimed indie drama Short Term 12, starring Captain Marvel‘s Brie Larson. He’s written and directed five shorts and four feature films, and while he doesn’t have any experience with action or blockbusters, that’s no longer unusual among the new generation of superhero filmmakers.

Shang-Chi is a superpowered kung fu hero, so this film will probably be martial arts-focused. Unlike Marvel’s controversial Iron Fist Netflix series, Shang-Chi is looking to recruit a majority-Asian cast, with Cretton selected from a shortlist of Asian-American filmmakers. Wonder Woman 1984 screenwriter Dave Callaham is writing the script.

Like Iron Fist, Shang-Chi was created in the 1970s, during the height of popularity for martial arts movies in the U.S. Partly inspired by Bruce Lee, he’s a Chinese “Master of Kung Fu,” trained and raised by his father, the supervillain Fu Manchu. His origin story involves the discovery that Fu Manchu is more malevolent than he seems, prompting Shang-Chi to switch sides and become a vigilante hero. He occasionally teams up with the Avengers and Heroes for Hire and has the ability to create duplicates of himself.

With most of the original Avengers expected to bow out after Avengers: Endgame, Shang-Chi joins Black Panther, Captain Marvel, and Spider-Man as one of the main stars of Marvel’s Phase 4.