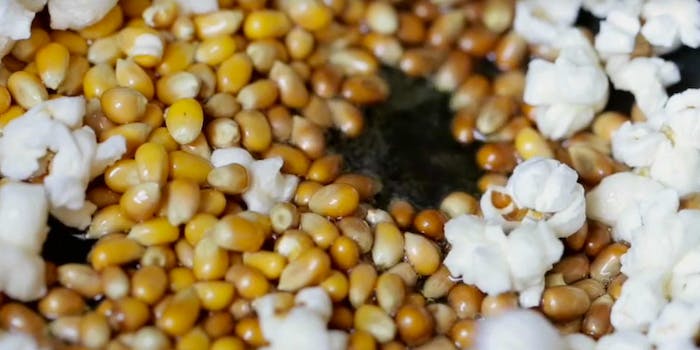 Inside the physics of how popcorn pops

You eat it. You love it. Here's how it works.

Popcorn is ancient. At archaeological sites in Peru and Mexico, scientific diggers have found popcorn more than 6,000 years old.

By the 16th century, the Aztecs were not only consuming popcorn, but wearing it at festivities.

And the basic science of popcorn is pretty familiar: Heat up a kernel until the pressure from water vapor makes it pop.

But two French scientists have gone deeper into the mysteries of one of the most popular butter and salt substrates, and they report new insights into not only the pop, but the jump.

Popcorn kernels do not only burst from a hard hull. They also vault into the air and somersault like an oddly shaped gymnast, with one puffy white leg.