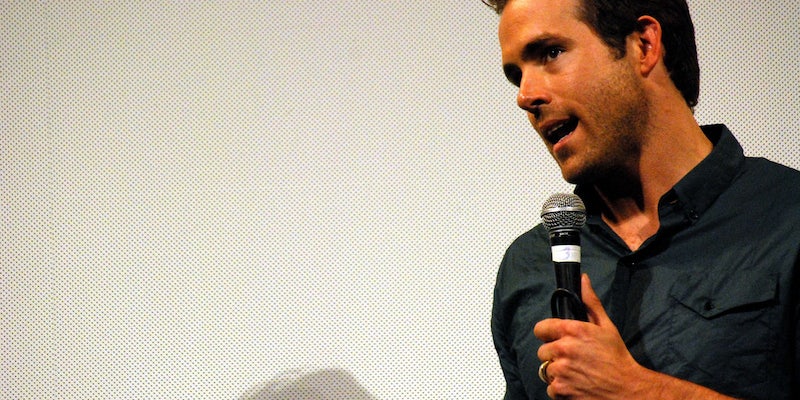 He's reprising the role he originated in X-Men Origins: Wolverine.

The Merc with a Mouth officially has a face behind it.

Ryan Reynolds, who played Deadpool in X-Men Origins: Wolverine and reprised his role for the Deadpool test footage that leaked over the summer, is stepping back into Deadpool’s suit for the movie fans have been clamoring for for years.

He confirmed the news with a tweet that Wade Wilson would be proud of: With plenty of bullets.

Tell your friends! @VancityReynolds is officially Deadpool (and you don't need anyone to tell you, follow him while you're at it…)

According to Deadline, production for Deadpool begins in March 2015 for a 2016 release.

Photo via Chris Jackson/Flickr (CC BY 2.0)