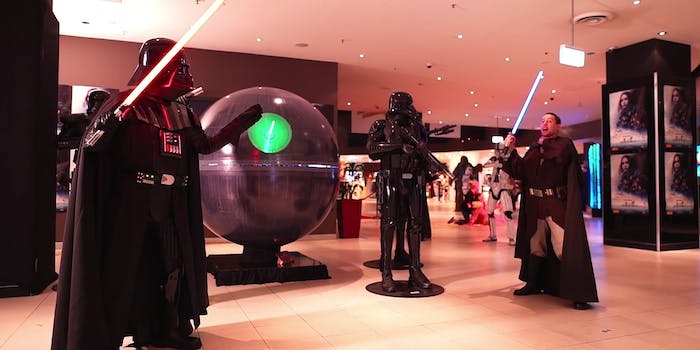 It's of galactic proportions.

Now that Rogue One is within our sights, fans are getting visibly excited to see a new Star Wars movie in theaters. Some can hardly even move they’re so psyched.

The staff at the George Street Event Cinemas in Sydney is gearing up for Rogue One by putting on a Mannequin Challenge fit for a far, far away galaxy. Using as much of the building as it can, Jedis, Siths, droids, stormtroopers, rebels, and a few civilians get in on the action. The scope brings the challenge to a whole new level.

We hope they employed someone to sneak around to look for those Death Star plans while everyone else struck a pose for the cameras.