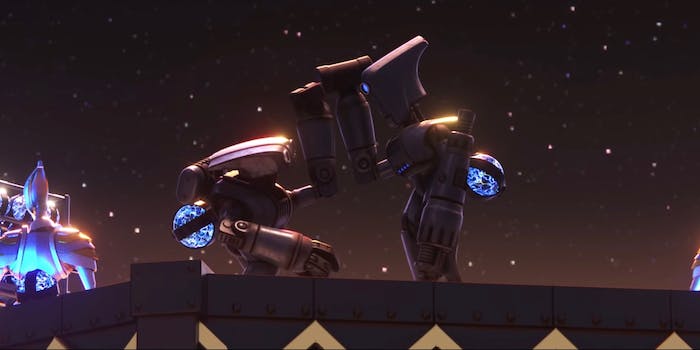 Do you dream of escaping a monotonous life for the possibility of exploring something much bigger on the other side? In Pixar’s newest short film, so do the robots.

Directed by Brian Larsen (and with David Lally as a producer), Smash and Grab will instantly invoke images and comparisons to Wall-E for its futuristic feel and the robotic focus. But unlike Wall-E, who kept following his own programming long after humanity left Earth, the two robots at the center of Smash and Grab aren’t as content with their lot in life.

They’re programmed to keep a train running, but at some point, the world outside is even more enticing. Unfortunately, the people who built them aren’t as keen on these robots obtaining their freedom.

Smash and Grab is the latest Pixar SparkShort, a Pixar program that allows creators to make experimental shorts and push the limits of storytelling. The first short, Purl, debuted last week while the last Pixar SparkShort, Kitbull, will be released on Feb. 18.