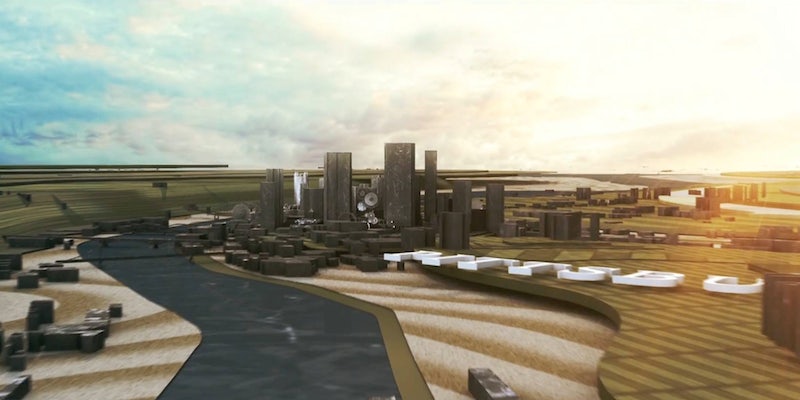 The game is set.

Game of Thrones is practically everywhere at this point, as it makes for perfect mashup fodder and has made appearances at sporting events. But now the Pittsburgh Pirates have taken the best of both worlds to introduce their players before each game.

The Pirates have been using a Game of Thrones-style introduction sequence, created by Jason Cauveren and Gary Baker, that shows the team’s players instead of the cities of Westeros. While the real opening credits sequence travels George R.R. Martin’s fictional globe, it’s the city of Pittsburgh that slowly comes to life here, as the gears turn and the starting lineup is revealed.

The players are formative, and they’ve got the kingdom of Pittsburgh behind them.

If Major League Baseball ever wants to take it a step further, the winner of the World Series should sit upon the Wooden Throne—made entirely of bats. It’d be a hell of a lot more comfortable than that iron one.