Earlier this week, we told you about an achievement for beloved manga series One Piece that ironically doesn’t involve piracy—winning a Guinness world record as the bestselling manga in history.

A whopping 320 million copies chronicling the adventures of would-be pirate king Luffy and friends have been sold since the series debuted in popular shounen comic magazine Weekly Sh?nen Jump in 1997. The runner-up franchise, Dragon Ball, doesn’t even come close.

To celebrate this acknowledgment of their cultural juggernaut, Jump publisher Shueisha decided to do something special: give away the first issue of the comic. Only they didn’t just reprint the first issue of One Piece, but the entire magazine that the comic originally appeared in.  They’re also re-issuing the comic for free on the Jump mobile apps for Apple, here, and Google Play, here.

Additionally, the magazine debuted an app specifically for One Piece fans this week. The app will be releasing older chapters of the manga in color every day, and is also available for Apple and Android.

New ONEPIECE app is live now (Japanese only, sorry) You can enjoy an episode a day in color for FREE! pic.twitter.com/eJJZcNfofq

The re-issue comes just a month shy of the 18-year anniversary of One Piece‘s series debut in Shonen Jump. Of course, the original Jump issue is entirely in Japanese, but it’s still a giant trip down memory lane. In addition to introducing Luffy and friends, this issue includes installments of classic samurai series Rurouni Kenshin and the endlessly popular JoJo’s Bizarre Adventure. 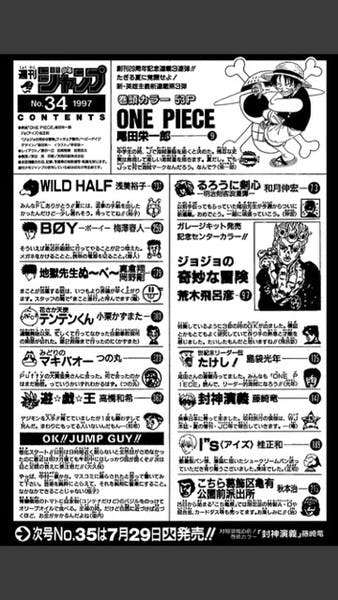 At the time, One Piece also shared space with other classic ’90s series like Yu Gi O, Wild Half, and BØY, but a few of its long-running sports titles had recently ended. Creator Eiichiro Oda’s tale about an elastic boy who wants to be king of the pirates would prove to be the magazine’s biggest slam dunk since, well, Slam Dunk. 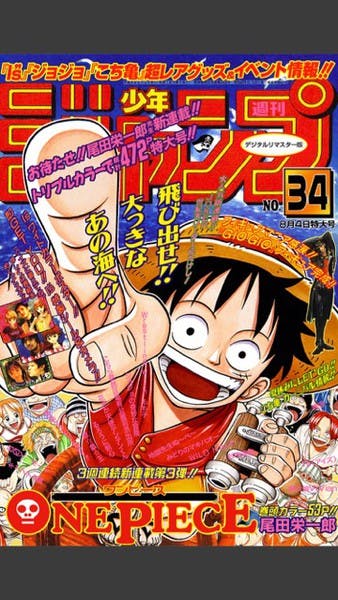 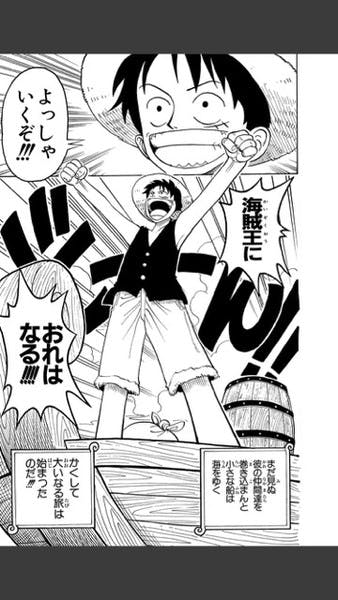 The bad news for some of us, of course, is that the original comic and (for now) the One Piece app are both in Japanese.

But if you were looking for an excuse to dust off that “How to learn kanji from reading manga” workbook, or that audio course you never finished, then being able to read color chapter re-releases of One Piece for free is probably the best one you’ll ever get.