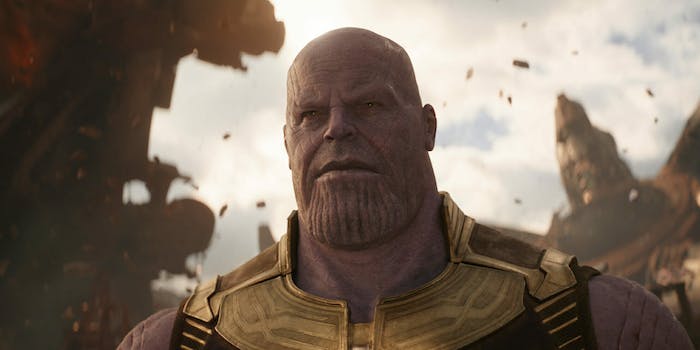 Both characters were thought to have died.

We all know that most of the “dead” characters in Avengers: Infinity War will return, somehow, in the as-yet-untitled Avengers 4. However, we weren’t expecting two of the survivors to be spoiled by casting news for Spider-Man: Far From Home. Spoiler-phobes, be warned.

According to Vulture, Samuel L. Jackson and Cobie Smulders will reprise their roles as Nick Fury and Maria Hill in the upcoming Spider-Man sequel. They seemingly died from Thanos‘ finger-snap during Infinity War‘s post-credits scene, although let’s be real: No one really believed Marvel’s assurances that all the characters in that movie were “really dead.” After all, the mere existence of Spider-Man and Black Panther sequels puts the kibosh on that idea.

To jog your memory of Marvel’s upcoming release calendar, here’s what to expect in our post-Thanos MCU. First of all, Captain Marvel comes out in March 2019, tying in with Fury and Hill’s post-credits scene. That movie is expected to lead smoothly into Avengers 4 in May. After that, Spider-Man: Far From Home is the first Marvel movie of a new era, coming out in July. By that point, we’ll know more about the future of the franchise, because Marvel is holding off on making announcements until after Avengers 4.

You may recall that Samuel L. Jackson is also in Captain Marvel, but that movie takes place in the 1990s, meaning we’ll see a younger (and eyepatch-free) version of the character. This Spider-Man casting news is our first confirmation that he and Maria Hill survive after Infinity War.