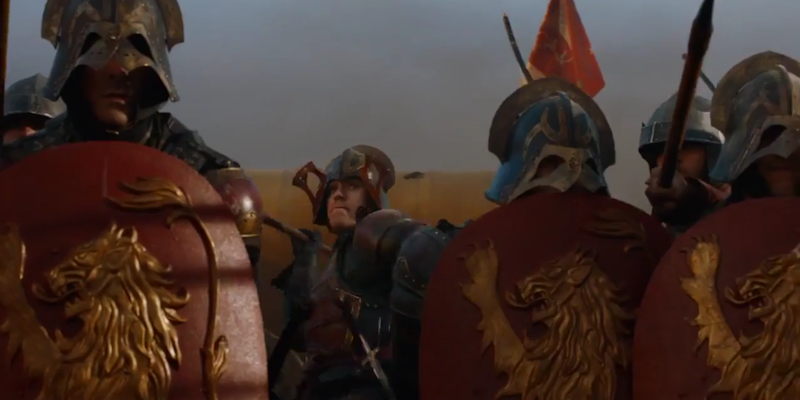 He can throw more than baseballs.

Noah Syndergaard, pitcher for the New York Mets, had a brief but bloody cameo in Sunday’s episode of Game of Thrones.

This season has seen several high-profile cameos, including Ed Sheeran‘s brief musical number in the first episode. One thing the two cameos have in common? Both Sheeran and Syndergaard were wearing Lannister red. (Check out the full list of musician cameos here.)

The massive battle saw Syndergaard trade his usual baseball for a spear, which he throws straight and true through a line of men to take a Dothraki warrior off his horse. Unfortunately for him, Syndergaard still meets a fiery death.

Though his cameo was much briefer than Sheeran’s and had no lines of dialogue, Syndergaard’s appearance has gotten a much better reaction from fans. While Sheeran’s short interaction with Arya Stark had fans divided, everyone seems to be cheering for Syndergaard’s short onscreen appearance.