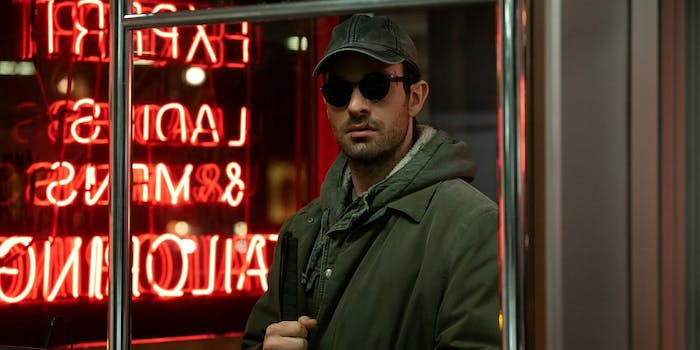 Will this be enough to #SaveDaredevil?

Netflix canceled most of its Marvel franchise last year, with Jessica Jones and The Punisher expected to follow soon. Considering how popular some of those shows were, we’re not surprised to see Marvel fans fighting back. With the upcoming launch of the Disney Plus streaming service, people are hoping that shows like Daredevil will get a new lease on life. That means it’s time for a good old-fashioned renewal campaign.

More than 100,000 people have signed a Change.org petition asking for Daredevil to be renewed, either by Netflix or through a deal that allows Marvel TV to use the characters elsewhere. In the world of long-shot fan campaigns, this shows an unusual level of TV industry savvy.

At the moment, it’s not a simple matter of persuading Disney to move Daredevil to its own in-house streaming service. Variety reported last month that Netflix’s Marvel contract prevents any of the Defenders characters from appearing in non-Netflix properties for two years. So, Daredevil fans will have to persuade Disney that this show is worth a new contract negotiation with Netflix, while Disney has seemingly turned its attention to new Marvel shows with higher-profile characters like Loki.

The #SaveDaredevil campaign kicked off almost immediately after the show was canceled, accompanied by a slick website. It hasn’t earned any obvious attention from Disney yet, but this week saw its petition pass the 100,000 milestone and get a shout-out from Wilson Fisk actor Vincent D’Onofrio.

Will this be enough to win Marvel over and bring back the show? The relationship between Disney and Netflix seems pretty complicated so it’s hard to feel optimistic, but on the other hand, this wouldn’t be the first time fans persuaded a network or streaming service to resuscitate a canceled show. The Expanse found success with Amazon thanks to an extensive fan campaign last year, after all.