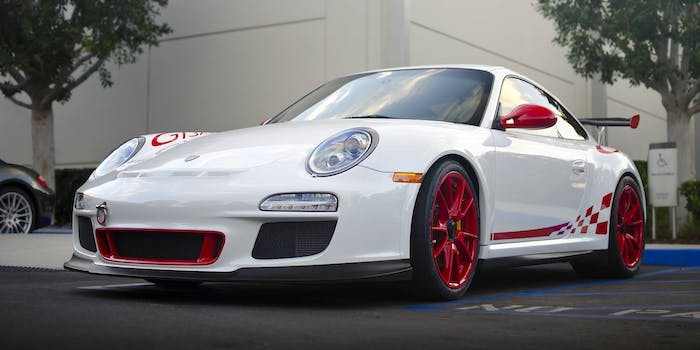 And EA isn't being shy about showing off its Porche partnership.

EA Games has been pretty hush-hush about the Need for Speed franchise.

At least until now. The company just shown off the latest teaser for a new game, which will fully reboot the franchise.

From the trailer above, it’s looking like it’s following in the same vein of Hot Pursuit and other installments that had gamers running from the cops. Currently EA has exclusive video game rights to Porsche, and as you can see it’s not being shy about showing them off.

Marcus Nilsson, executive producer at Ghost Games said in a press release that Need for Speed will be, “‘Pulling on our 20 years of history, and then taking a year out from releasing a game, we are making the game we’ve always wanted to. We’re listening to the fans and delivering an experience that will capture their imagination and unleash their passion for cars and speed.’”

It’s still uncertain if the game will have the same persistent online open world of Rivals.

The last Need for Speed game, Rivals, came out in 2013 as a launch title for the PS4 and Xbox One. It was well received and a good game to show off the horsepower found in the current generation of gaming consoles. The reboot is being made by Ghost Games, the same team that worked on Rivals. Car blog, Speedhunters, will also be helping with the reboot. Speedhunters was started seven years ago by EA to be used as a platform to promote the Need for Speed franchise. It quickly evolved into something much greater, focusing on car culture and amassing a large following online.

Need for Speed is set to release this fall for PC, Xbox One, and PS4.