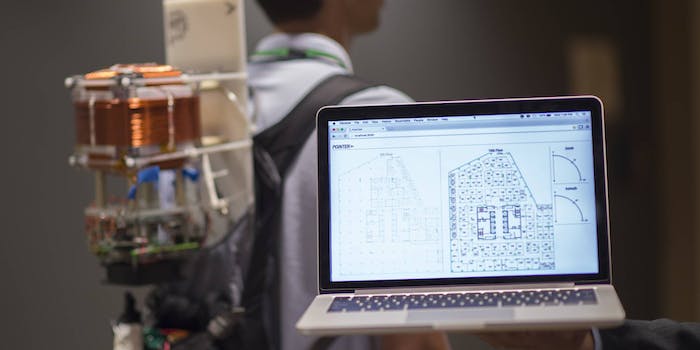 GPS often fails firefighters when they need it most.

BY JENNINGS BROWNGPS can be useless in a burning structure—where chemical reactions and building materials interfere with radio waves—making it even more difficult for first responders to navigate through a disaster area. But NASA has been working on new communication and monitoring technologies that could save firefighters’ lives.According to NASA, researchers have been searching for a way to accurately track firefighters in buildings since the 1970s. Such technology would allow someone monitoring a firefighter’s location to warn them of danger, guide them through smoke-filled rooms or send help if they stop moving. Out of the 90 firefighter fatalities in 2015, five died after being caught or trapped in a structural or wilderness fire and one was lost or disoriented in a burning structure. The previous year had very similar statistics, with 94 fatalities, seven of those from being caught or trapped and one from getting lost or disoriented.

On Dec. 19, NASA announced that engineers at their Jet Propulsion Laboratory (JPL) in Pasadena, California, had developed a system that could track firefighters in burning buildings. NASA first demonstrated the new technology, called POINTER (Precision Outdoor and Indoor Navigation and Tracking for Emergency Responders), to the Department of Homeland Security, which funded the project, in August. “To this day, the ability to track and locate first responders is a number one priority for disaster agencies across the country,” Greg Price, Department of Homeland Security First Responder Technologies Division director, said in a statement. “It’s truly a Holy Grail capability that doesn’t exist today.”

While most communication technology relies on radio waves, which are problematic in buildings, POINTER uses quasi-static fields. This type of electromagnetic field is often ignored in communication research because of its short range of only a few hundred yards. But what quasi-static fields lacks in distance, they makes up in dexterity, as they can easily penetrate concrete and steel walls. A receiver tracking a POINTER device emitting such fields can display the device’s location on a digital map of a building, whether the user is on the 40th floor or in the basement.

More importantly, quasi-static fields are steadier than radio waves so it’s easier to detect the orientation of the device, making it more possible to determine whether a firefighter is moving or stuck.

The POINTER announcement comes four months after JPL announced the development of another first responder assist system called AUDREY (Assistant for Understanding Data through Reasoning, Extraction, and sYnthesis). This device relies on artificial intelligence that monitors gases, temperatures, and other environmental information. Based on this data, the system can alert first responders of danger and could eventually help guide them in a disaster area. POINTER program manager Ed Chow said in a statement that JPL plans to make POINTER as small as cellphone and integrate the two technologies.

If NASA is able to advance both these technologies then firefighters will soon be able to work with humans and AI to save more live lives, including their own.