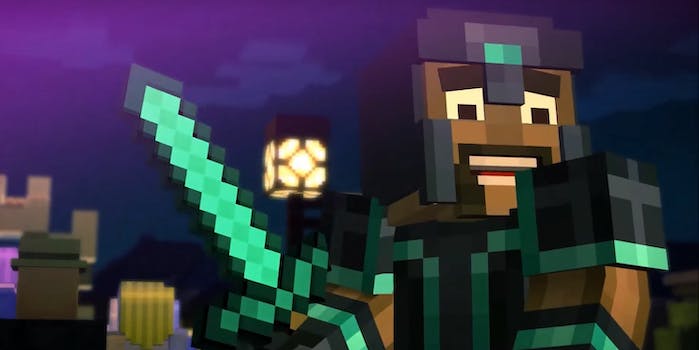 The Minecraft movie delayed once again, loses another director

Rob McElhenney is out.

You can build countless things in Minecraft; a house, a boat, Middle Earth. But you apparently can’t build a director willing to stick with its movie adaptation. The Minecraft movie has lost yet another director: This time, it’s Rob McElhenney, star of It’s Always Sunny in Philadelphia.

McElhenney, who was also co-writing the Minecraft movie adaptation, told The Wrap that the film is not on track for its previously stated May 2019 release. “No, that is not happening,” McElhenney said.

The Minecraft movie was previously going to be helmed by Night at the Museum director Shawn Levy, but creative differences between Levy and Minecraft developer Mojang led to Levy leaving the project in 2014.

Minecraft, the voxel-based adventure and crafting game, has sold more than 144 million copies as of January 2018. It was developed by Markus Persson and later the company Mojang. In late 2014, Microsoft acquired Mojang and Minecraft in a deal worth $2.5 billion.

Minecraft fans wanting some story-based adventures don’t have to necessarily wait for a film to come out. Telltale Games, known for its narrative adventure games based on franchises like The Walking Dead and Batman, also developed Minecraft: Story Mode. The Daily Dot’s Dennis Scimeca said that while the game’s conflicting tug-of-war between its story elements and the freedom that the original Minecraft offers hurt it, Minecraft: Story Mode was worth giving a chance.

Parents will want to watch out during their child’s playtime, however, as a recent Reddit AMA by author and ex-skinhead Christian Piccolini showed that white nationalist groups often use popular games to prey on impressionable children.