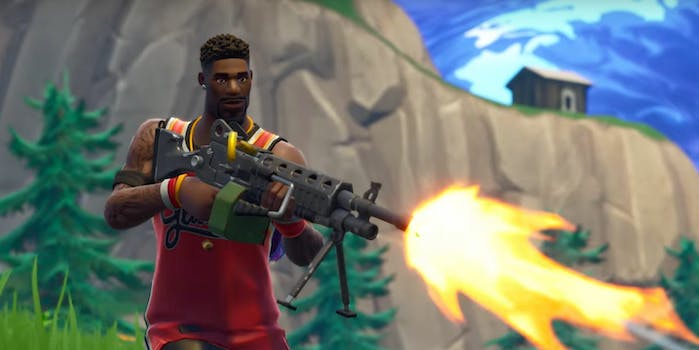 Fortnite is being used by white supremacists to recruit kids

Hate groups have changed their strategies to account for audiences full of young gamers.

You don’t need me to tell you that the internet and online multiplayer games are a toxic pool of immaturity, sexism, and racism. Basically any “-ism” you can think of has probably been espoused by countless anonymous online gamers. What’s becoming more and more clear isn’t just how these communities are being overwhelmed with hate speech, it’s how that hate speech is being used to recruit susceptible young adults. A new Ask-Me-Anything session on Reddit featured ex-white supremacist Christian Picciolini, who confirmed that hate groups have used games like Fortnite and Minecraft to draw in a new generation of members.

Picciolini, a former member of the Chicago Area Skinheads and former leader of Hammerskin Nation, America’s most violent hate group, conducted his AMA session to promote his book White American Youth. The book recounts his eight years as a skinhead before he managed to escape from the culture of hate he helped foment.

I’ve read a bit of Picciolini’s book, and it’s fascinating to see how his story starts from skinhead punk rock counterculture and ends with him beginning to empathize with people he was taught to think were subhuman. That video games factored into his recruitment of other young men (and one imagines some women, too), isn’t a surprise, considering 17 percent of gamers are young men, and another 16 percent are between the ages of 18 and 35, according to the Entertainment Software Association. They’re fertile ground for suspicious characters to make an impression on impressionable people.

What also isn’t shocking is that white supremacists recruiting through games attempt to do it subtly before ramping up their rhetoric.

“We sought marginalized youth and promised them “paradise,” Picciolini wrote on Reddit. “Today they are using nefarious tactics like going to depression and mental health forums and in multiplayer gaming to recruit those same people.”

When asked by a Reddit user if white supremacists just hang around all day saying slurs into chat boxes, Picciolini responded by saying that “they drop benign hints and then ramp up when hooked.”

“Fortnight [sic], Minecraft, COD, all of them,” Picciolini said on Reddit. “Yes, mostly foreign recruiters from Russia and eastern Europe and Poland.”

Other Reddit users added their experiences with subtle (or not so subtle) hate speech while gaming online.

A recent analysis by market intelligence firm Newzoo claims that 19 percent of Fortnite players are students. An estimated 125 million people are playing Fortnite across the globe, making the potential number of underage users approximately 23 million. That’s one of the largest audiences a hate group recruiter could ever hope to have, making their job that much easier.

A lot of these groups tend to skirt the edges of in-game legality and community rules, which is another reason why you see them only hinting at hateful rhetoric before they can latch onto a single target and become more explicit. At the moment, it’s unclear how most game companies can combat this, or if some even want to, considering the negative image that comes with being used by hate groups as a tool.

White supremacist hate groups were responsible for more murders than any other hate group in 2017.