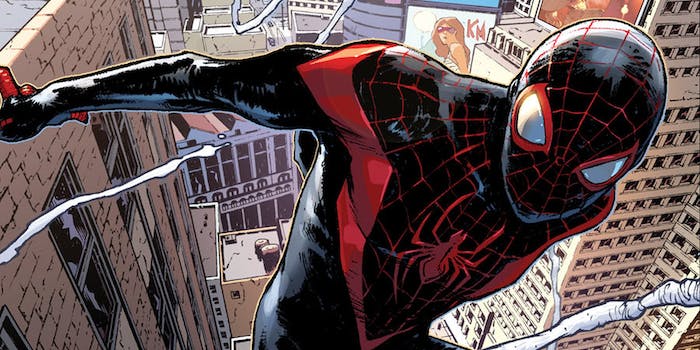 Are you paying attention, Sony?

Just days after a leaked email revealed that Sony would never make Spider-Man anyone other than white, straight Peter Parker unless Marvel Comics did it first, Marvel has done it first.

Over the weekend, comics fans learned that Miles Morales would officially replace Peter Parker as Spider-Man in the main timeline of the Marvel universe, which will be rebooted this fall. 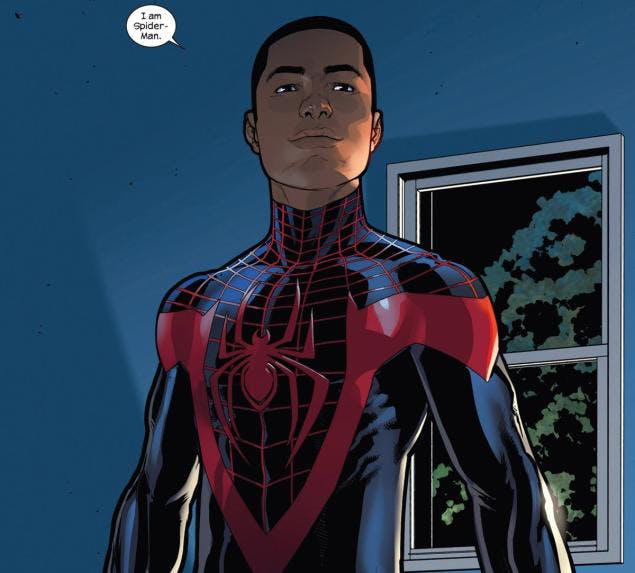 Miles has been portraying Spidey in the AU “Ultimates” timeline since Brian Michael Bendis created him in 2011, largely in response to Donald Glover’s famous social media call-out of the character’s whiteness. Thanks to a convoluted set of events in Marvel’s Secret Wars series, the Ultimates timeline and many of its characters have been brought in line with the main Marvel universe—including many of Marvel’s most popular new diverse superheroes, like Ms. Marvel and Spider-Gwen.

This also means that the “All-New, All-Different” Avengers team from Ultimates—including Miles, Kamala, and the recently revealed Lady Thor—will be coming to a universe near you this fall.

Bendis, who will write Miles’ new title, emphasized the importance of treating the change like a real development rather than a gag.

“It’s meant a great deal to a great many people,” he told the New York Daily News. “Our message has to be it’s not Spider-Man with an asterisk, it’s the real Spider-Man for kids of color, for adults of color, and everybody else.”

As for Peter Parker, he isn’t going anywhere—he’ll still be around to mentor Miles in the role as he ages out of it himself. If the hints on the new cover are any indication, he’ll be focusing on his other life as a tech startup guru. So basically he’ll still be a New York Everyman.

“You know what’s the best part about Miles Morales being the Main Spider-Man now?” Tumblr user shamanofanimation wrote in response to the news. “It means that Marvel can stop writing Peter Parker like he’s still a teenager and let him act like a God Damn 30 Year Old Man.”

Of course, not everyone was happy with the change. “It’s really simple,” wrote Tumblr user vintagegeekculture. “Peter Parker is Spider-Man. Everyone else is a pretender.”

But Miles Morales has been web-slinging for four years with no signs of stopping. This change has long been anticipated, and many fans consider it long overdue.

The real question is whether Sony is paying attention. Although the leaked contract makes it clear that Peter Parker himself can never be portrayed as anything but a straight white guy from Queens, it allows Sony to portray “alter egos” for Spider-Man, including Miles Morales and Miguel O’Hara. Now that Miles has officially entered the main Marvel timeline and taken over for Peter, the pressure is on Sony to follow suit.

As for Peter, now that he’ll finally be allowed to age gracefully, all those Tobey Maguire fans can once dream of his return.