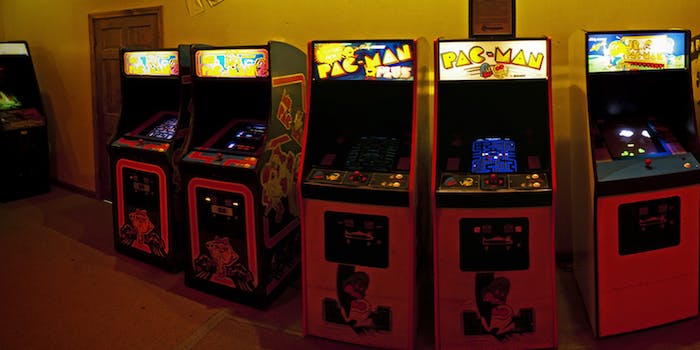 Time to put that spare change to use.

For more than three decades, you couldn’t find Pac-Man or Space Invaders in Marshfield, Mass. But a local 1982 bylaw banning coin-operated video and arcade games—upheld even through challenges in 1994 and 2011—has finally been struck from the books.

In a town hall meeting sparked by a petition from resident Craig Rondeau, the odd statute that landed Marshfield in the national spotlight and made it all the way to the U.S. Supreme Court in 1983 (where justices refused to hear an appeal) was overturned by a 203-175 vote.

Initially, an advisory board unanimously rejected Rondeau’s well-reasoned proposal, citing a lack of interest and support from business owners—so he went out and got six of them to lend support his cause, the Patriot Ledger reported. “They want the opportunity to choose,” Rondeau said. “Let’s give them back their right to choose.”

Back in 1983, the Christian Science Monitor reported, father Jim Judge described the new law that he’d fought for as “a progressive step in that it protects life in a small town from an urban-type honky-tonk environment … the fewer distractions of that type, the easier it is to transfer my ideas and values to my youngster.”

Arcade game opponents in 2014, the age of iPad-addicted toddlers, didn’t sound much different: “There is gaming all over the place, and there’s nothing fun about it,” said resident Sue Walker, who went on to mention that children “running around restaurants” is “disturbing.” But failures of parenting were hardly reason enough to maintain the ban.

Rondeau, meanwhile, painted a sunny picture of the arcade world, absent the loitering gamblers and drug dealers that socially conservative townsfolk insisted came along with it. These games, he argued, are a boon to creative thinking and problem-solving skills in children, not to mention an outlet for the sports-averse.

And if you can drive a few old fogeys crazy with these bleeping sounds, so much the better: