A brief history of science fiction’s journey to Mars

Mankind has been going to Mars for centuries—in science fiction, that is.

Last week was a big one for Mars fans. First we discovered water, and then we rescued The Martian. NASA is already on a mission to reach the planet in our lifetime, and would-be space travelers are already planning ways to warm it up once we get there.

But the recent resurgence of interest in the red planet isn’t just down to images from the Curiosity and Opportunity rovers. If the annals of science fiction are any indication, humans have had their sights fixed on Mars for centuries.

“I suspect the current interest in Mars is due to both new information about the planet itself and new understandings of the complex human effort it will take to get there,” Professor Lisa Yaszek told the Daily Dot.

“Historically speaking,” Yaszek said, “popular interest in Mars has waxed and waned over the past 150 years in relation to new technologies that provide new perspectives on the planet.”

Yaszek teaches science fiction at Georgia Tech, which led the study revealed in last week’s Mars water discovery. We asked her about the history of space exploration on the red planet—along with the history of Martian invasions. Yaszek discussed how Andy Weir’s novel The Martian fits into this pattern—and how it stands out. H.G. Wells’ War of the Worlds

the Other. The Martian, on the other hand, is about humanity exploring and colonizing a

world that’s essentially unthreatened by human ingenuity. Does this make it unique, or is it a

return to the kind of “new frontier” stories of the late 19th and early 20th centuries?

Yaszek: Science fiction authors have been telling stories about Mars since the inception of this

wildly popular genre in the nineteenth century. Such stories tend to fall into two broad

types: invasion stories such as H.G. Wells’ War of the Worlds (1897) and adventure or Sometimes the two even come together, as in Garrett P.

Serviss’s Edison’s Conquest of Mars (1898), which is an unauthorized sequel to War of the

Martians once and for all—and to claim Mars as the new American frontier! 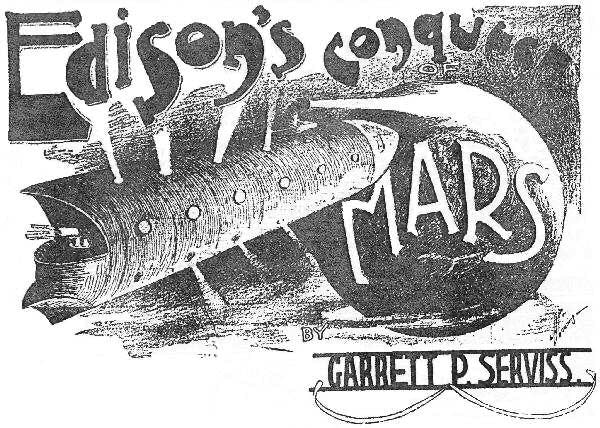 As a story about exploration and colonization, The Martian clearly fits into the latter

category. But the fact that there are no Martian natives to grapple with in Weir’s book—just

spirit to the new generation of Martian colonization stories that sprung up in the 1950s and ’60s. Prior to this period, authors tended to skip over the details of how we might get to

Mars in favor of speculation about what kinds of life Mars might host. But by the middle of

the 20th century, early successes in the space race made interplanetary travel seem

likely to be inhospitable to human life.

Accordingly, stories such as Arthur C. Clarke’s The 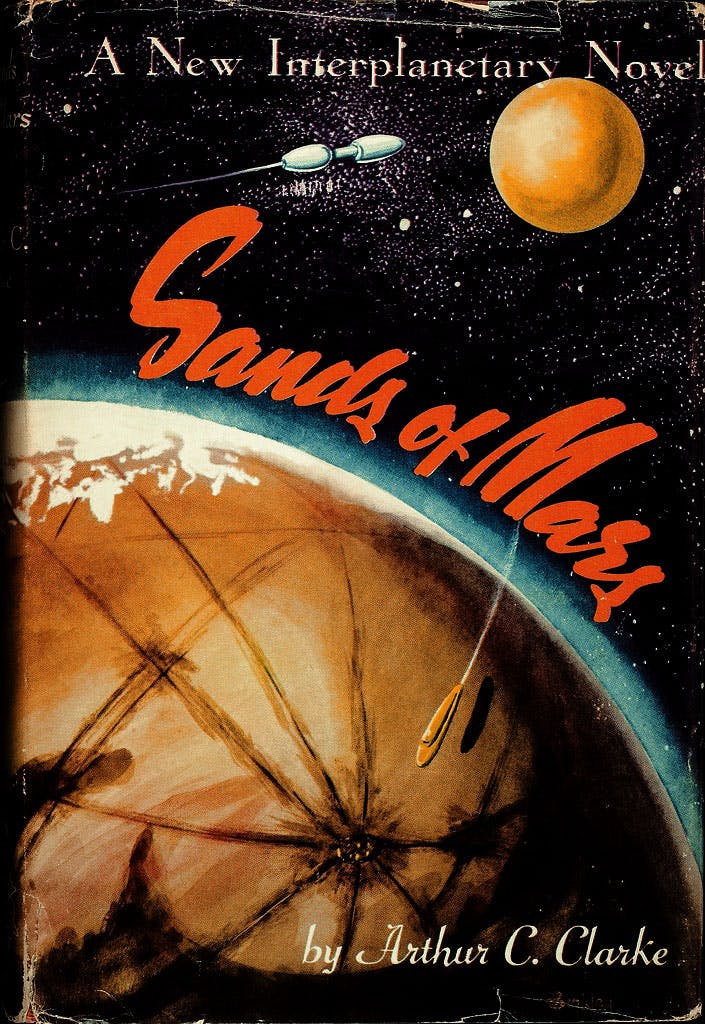 planet, including Lester Del Rey’s Marooned on Mars (1951) and James Blish’s Welcome to

Mars (1966). While most of these stories are more realistic and less romantic than their

turn of the century counterparts, they all share the same optimistic belief that brave men

and women can work together creatively and compassionately, using all the scientific and

technical knowledge available to them, to survive a hostile Martian landscape and even

claim the red planet for humankind. That optimism is very much at the heart of The

Do you think this recent resurgence of interest in

Mars is due to advancing science and new understanding of the planet, or is it reflective of a

cultural shift? Or both?

itself and new understandings of the complex human effort it will take to get there.

Historically speaking, popular interest in Mars has waxed and waned over the past 150

years in relation to new technologies that provide new perspectives on the planet. Mars

first became a popular setting for science fiction stories in the mid-to-late 1800s, when

telescopes revealed that the moon was inhospitable to human life, but suggested that there

might indeed be water, vegetation, and perhaps even the remnants of an ancient

civilization on Mars. As telescopes were refined and new data revealed that Mars was likely

to be very dry and cool with little atmosphere, authors shifted emphasis from stories about

invasion and exploration to the promises and perils of colonization.

Photos taken by the

By the mid-1980s, however, scientists and politicians were ready to return to the

Bush revealed a plan to put humans on Mars by 2019.

that there might still be water beneath the planet’s surface, which would make colonization

efforts somewhat simpler. And at that point, science fiction authors were ready to start

dreaming about Mars again, too!

What’s interesting about this period is that authors

resurrect all the old Martian story forms—the invasion tale, the Martian romance, the

colonization tale—but with a new appreciation for the beauty of the Martian landscape.

This leads to an explosion of stories about the promises and perils of terraforming, as in

stories such as Rick Moody’s The Four Fingers of Death, which hearkens back to War of the

Worlds, can be seen as part of this new movement in its appreciation and celebration of 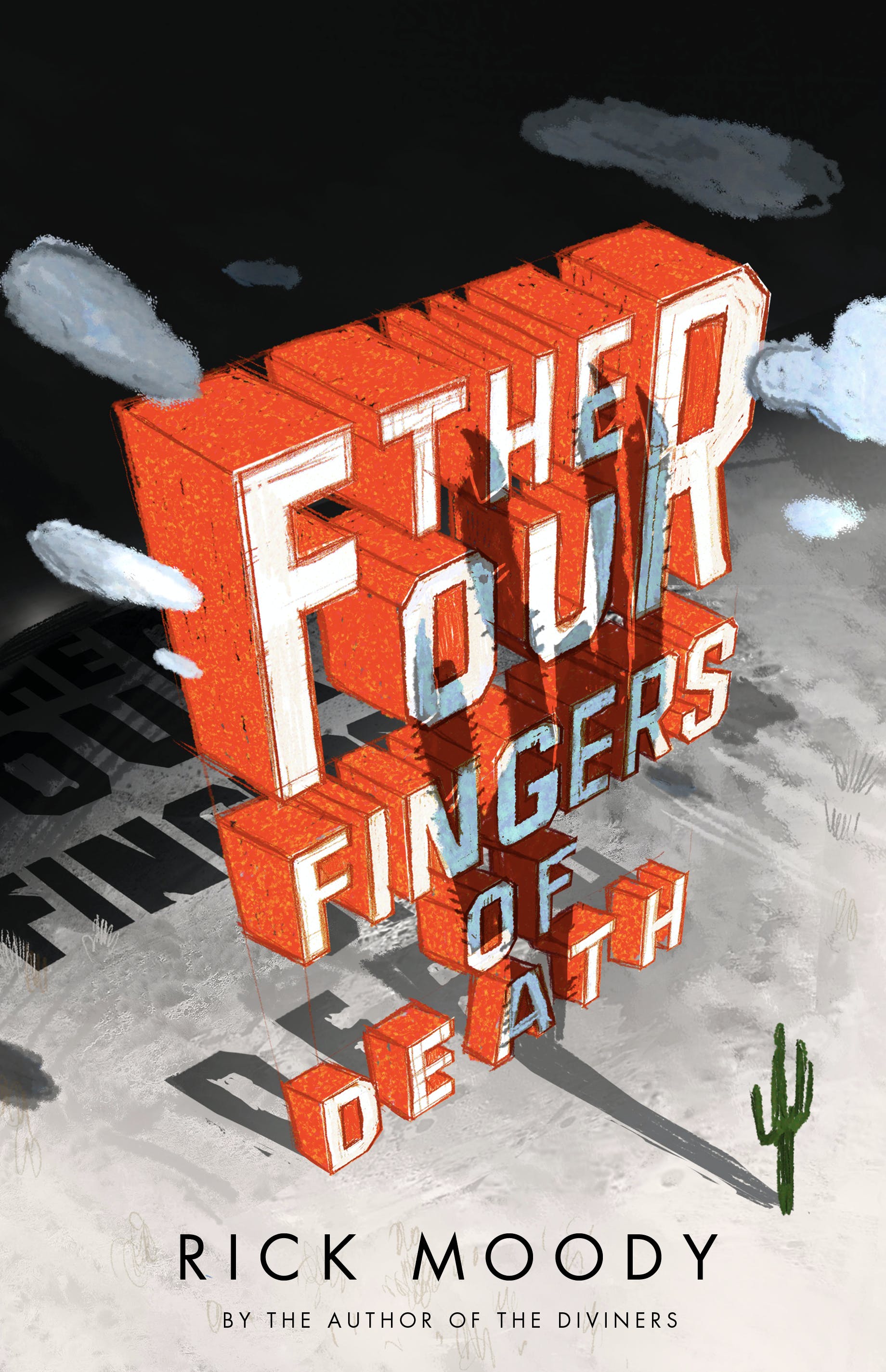 A similar appreciation haunts Andy Weir’s The Martian as

well—even when it seems most likely to kill him, our hero manages to take a few moments

about the possibility of human life on Mars; instead, new understandings of the complex

efforts it will take to get there are important, too! Over the past two decades it has become

own, while joint efforts such as the International Space Station suggest that humans from

all nations can make great strides when they work together. Even with its limitations,

Ever since Garrett P. Serviss imagined that Thomas Edison would lead an

fiction authors have dreamed of futures without borders. We see this again in the most

recent generation of science fiction stories about Mars and especially in The Martian,

made by non-Americans across the globe and in outer space. It’s a heartening story in an

For the newbie reader, what are some of the quintessential must-read/must-watch sci-fi related to Mars in your opinion?

There are so many great stories—and films, and comics, and video games—about Mars

that it’s hard to choose just a few! As a literary person, I can’t help but recommend mostly

stories. If the newbie reader hasn’t encountered Wells’ War of the Worlds (1897) yet, I’d

There is also an amazing great early

From the middle of the 20th century, when colonization stories first become popular,

I’d recommend anything by Robert Heinlein that takes place on Mars, but especially the 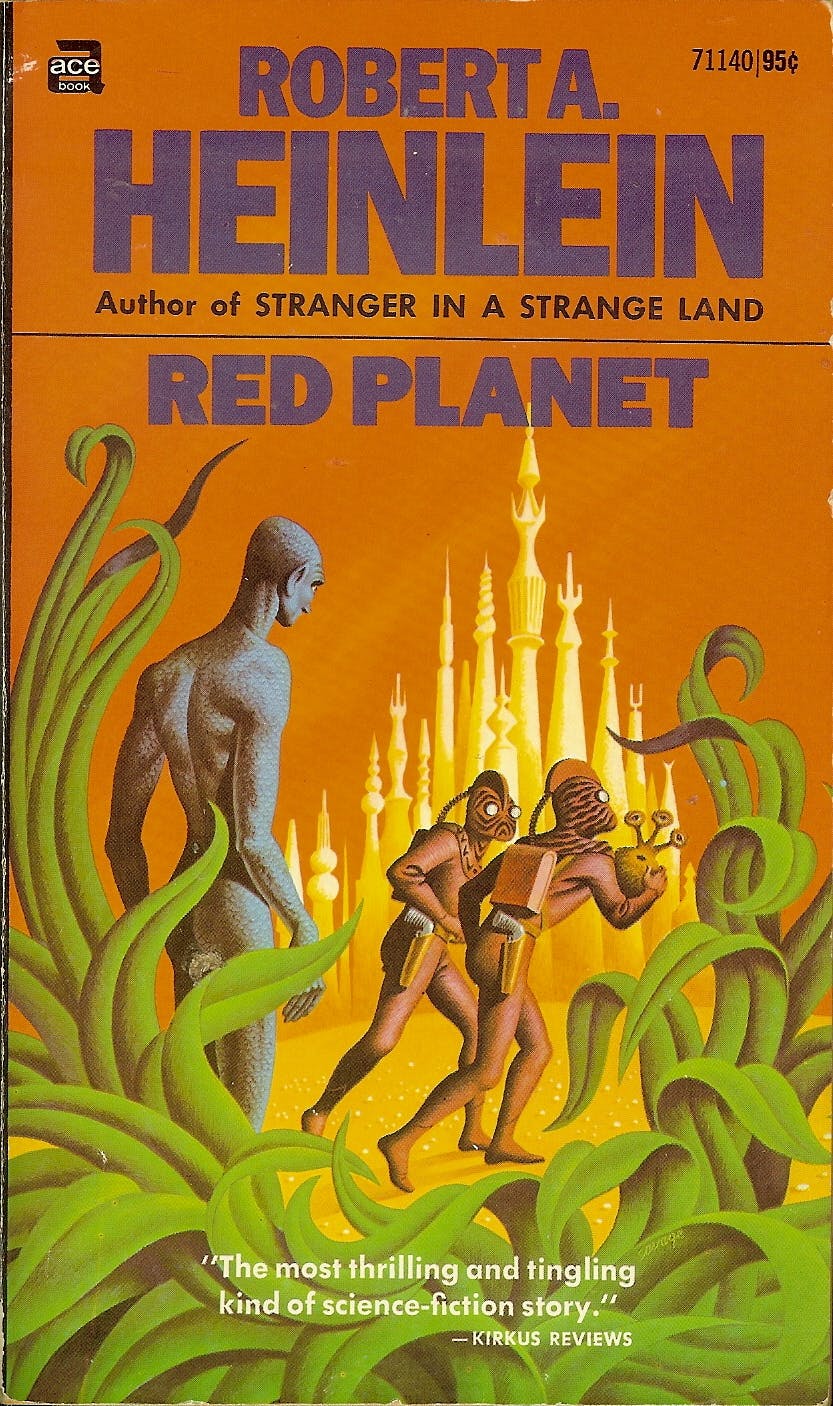 Chronicles because it provides a very different, very surreal take on the planet—it’s a

And if the newbie was so inclined, I’d recommend hunting

Robinson’s Red Mars or, if at all possible, the entire Mars trilogy. When those came out,

there was a sense in the science fiction community that, that’s it, nobody will ever write a

and so there are many other great offerings out there from recent years!

Fanart for the first in Robinson’s Mars trilogy, ‘Red Mars’

[As a bonus, Robinson listed all of his favorite Mars books for more advanced science fiction fans here.]

fiction, of course I’d recommend Andy Weir’s The Martian. Given the new appreciation of

the Martian landscape for what it is in both the science and science fiction community, I

Effect III, all take place on Mars and/or its moons, where navigating the nonhuman

landscape becomes an important part of the gameplay. 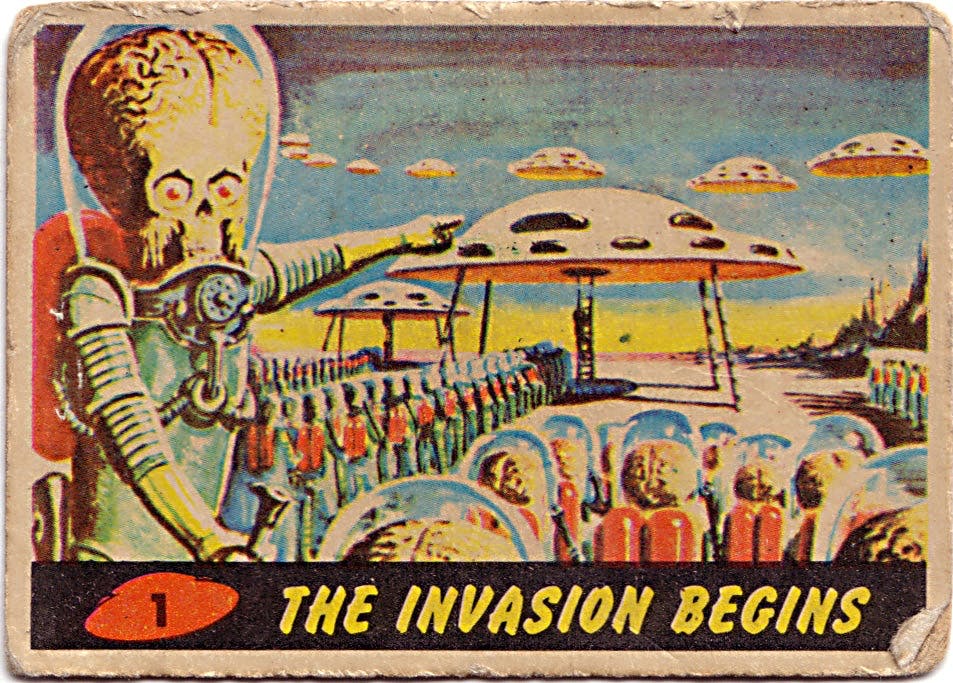 The first of the original series of ‘Mars Attacks!’ trading cards upon which the 1996 Tim Burton film is based

And finally, to prevent the newbie from thinking that the science fiction community is

always sober and serious, I’d recommend a few of the very many and very funny Mars

stories out there, including Warner Brothers’ animated shorts about Marvin the Martian,

Mars Attacks! (1996). Because if we can’t laugh at ourselves and our hopes and fears about

red planet, then we aren’t going to have nearly as much fun once we get there!