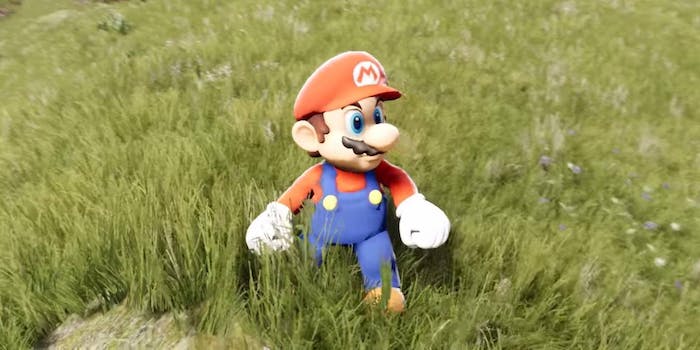 See Mario running through a field rendered in Unreal Engine 4.

What would happen if you took Mario out of his cartoony home and put him into a life-like world? We’ve seen glimpses of Mario running through a realistic castle, and now there’s this.

YouTube channel CryZENx has dropped Mario into the Unreal Engine 4 Kite demo, and the results are cool but jarring.

Obviously this is just a proof of concept. Even if Nintendo were to get Unreal Engine support for its next console, currently codenamed the NX, any Mario-focused game would be more whimsical.