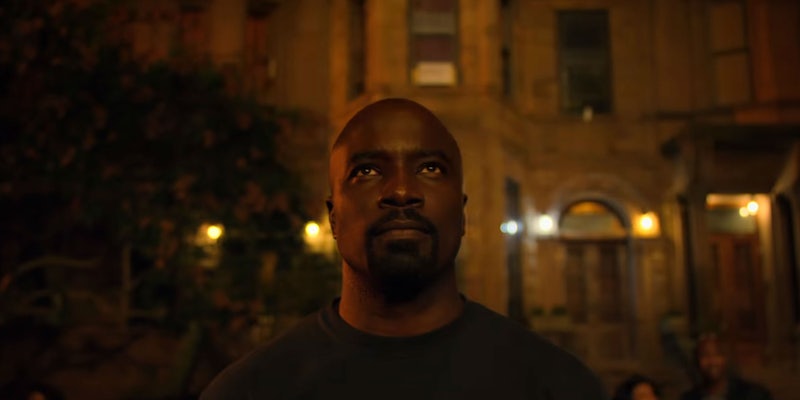 Okay, let’s be honest: no one was really crying over the cancelation of Iron Fist after only two mediocre-to-abysmal seasons. The streets of Hell’s Kitchen and beyond were unkind to the personality void that is Danny Rand, but I never thought they’d be this cruel to my sweet darling Luke Cage. That’s right, Marvel and Netflix have officially announced that Luke Cage is canceled after two seasons, making the loveable Black superhero go out as unceremoniously as his first season’s villain.

Deadline shared a joint statement from Netflix and Marvel:

“Unfortunately, Marvel’s Luke Cage will not return for a third season. Everyone at Marvel Television and Netflix is grateful to the dedicated showrunner, writers, cast and crew who brought Harlem’s Hero to life for the past two seasons, and to all the fans who have supported the series.”

Daily Dot’s own Gavia Baker-Whitelaw thought fairly highly of Luke Cage’s second season, calling primary antagonist Mariah Dillard one of Marvel’s greatest villains. While the second season suffered from a lot of the same flaws as other Marvel/Netflix series (it was overly long, and the more mysterious elements don’t result in a great payoff), it was definitely at least on par with Jessica Jones and Daredevil’s strong showings.

The second season also set up some strong plot threads for a third season that was all but a given at this point. Despite Disney announcing the 2019 launch of a competing streaming platform, Netflix had been assuring viewers that the remainder of the Defenders wouldn’t have their storylines cut short. The Marvel film properties will certainly be headed to Disney’s service, but the move to cut Luke Cage so abruptly remains a surprise.

Season three of Daredevil just debuted (you can check out our full review), but don’t be surprised if the cancelation of Luke Cage means no one is safe. Jessica Jones recently lost showrunner Melissa Rosenberg after she signed a deal with Warner Bros. TV, The Punisher is floating out there waiting for any significant news, and The Defenders hasn’t been officially canceled, but it suffered from similar hype problems as Netflix’s lesser Marvel properties.

Daily Dot has reached out to Netflix for comment on the future of the Marvel Netflix shows. Netflix did not respond by press time.