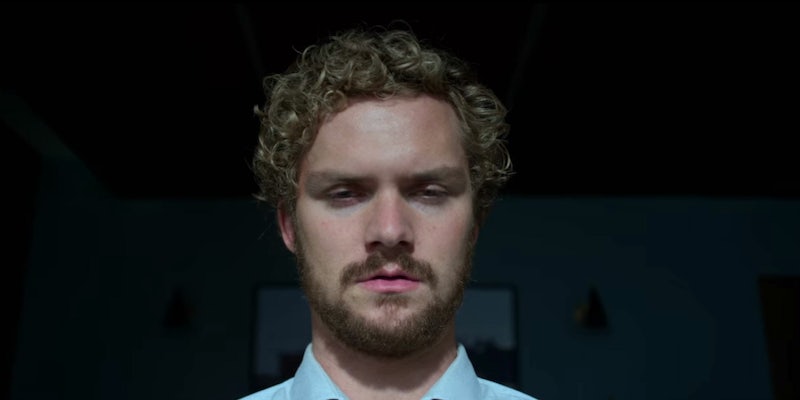 Danny Rand can't punch his way out of abysmal reviews.

Marvel’s Iron Fist has been canceled after only two seasons, making it the first Marvel drama to get the cut.

“Marvel’s Iron Fist will not return for a third season on Netflix. Everyone at Marvel Television and Netflix is proud of the series and grateful for all of the hard work from our incredible cast, crew and showrunners. We’re thankful to the fans who have watched these two seasons, and for the partnership we’ve shared on this series. While the series on Netflix has ended, the immortal Iron Fist will live on,” representatives for Marvel and Netflix told the Hollywood Reporter.

Despite the fact that Iron Fist’s second season had only just debuted this past September, its lukewarm reception and the outright critical failure of the first season may have spelled doom for the comic book action drama. The A.V. Club called it a “filler season,” referencing the concept of frivolous “filler episodes.” The Hollywood Reporter called it “a step backward on every level” and “mercifully skippable in its entirety if it weren’t the bridge into the long-awaited Defenders crossover series.”

In her review of Iron Fist season 2, the Daily Dot’s own Gavia Baker-Whitelaw has called lead character Danny Rand “as basic as a low-fat frappuccino,” and said, “If Netflix has any sense of mercy, they’ll put this show out of its misery…” So she’s on the fence, I guess.

Iron Fist also caused a brief stir around the elements of cultural appropriation that the franchise has long leaned on. The fact that Danny Rand is yet another white guy rising to the top of a foreign (to him, anyway) culture, rather than refreshing the Iron Fist brand by recasting its lead as an Asian or Asian-American, led some to criticize the tone-deafness of Disney and Marvel. Given that Marvel has made strides to promote non-white male protagonists in Luke Cage and Jessica Jones, and that Daredevil somehow manages to escape similar criticisms, Marvel’s casting choice is somewhat baffling.

The cancellation comes as Disney continues to prepare the launch of its own video streaming service, which will likely compete with Netflix for a portion of geek culture and animation fans. Black Panther, Thor: Ragnarok, Agents of S.H.I.E.L.D., and plenty other Disney/Marvel properties are hosted on Netflix, but that won’t be the case for much longer.

However, the Hollywood Reporter says that sources have stated that remaining Marvel TV series (Jessica Jones, Luke Cage, Daredevil, Punisher) will stay on Netflix until they’re completed, per the original deal between the companies. Netflix and Marvel were specific to say that the Danny Rand character will “live on,” so don’t be surprised if he joins up for a potential Defenders season 2.