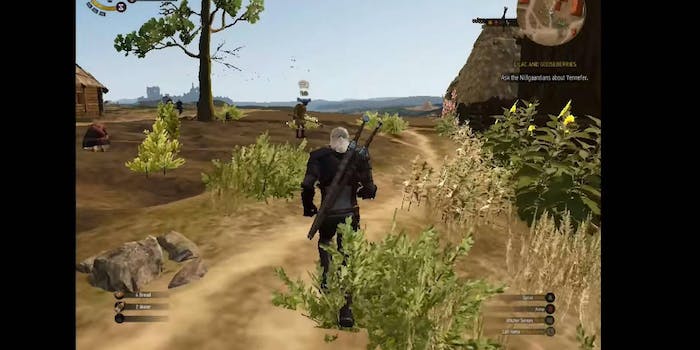 The Low Spec Gamer tries to get The Witcher 3 running on his old laptop.

The Witcher 3 is one of the most beautiful games to come out this console generation, especially if you own it on a high-end gaming PC. The foliage, water, sun, and non-player characters make up an incredibly engrossing world that fans continue to fawn over. But what if you don’t own a expensive high-end gaming rig? Would it still be possible to get the game running? Well, the Low Spec Gamer tried to find out just that.

The Low Spec Gamer had to pull out all the stops just to get the game running at an acceptable 25-30 frames-per-second. It included changing the resolution, turning off all textures, keeping shadows to an absolute minimum, and putting draw distance to near zero. It looks like as if he’s running this game on a PlayStation 2.

Obviously this isn’t the most ideal way to play The Witcher 3, but it’s entertaining to watch nonetheless.