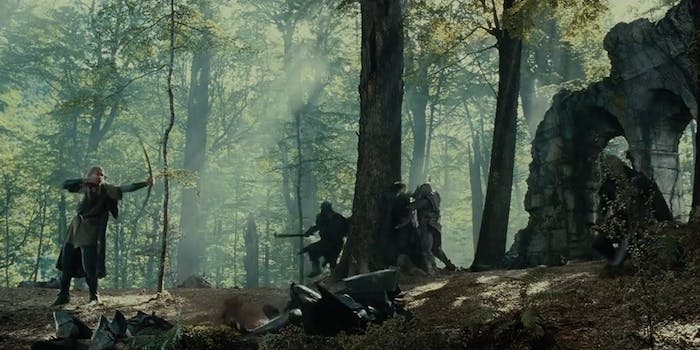 All the death and destruction without the pesky character development.

As The Hobbit trilogy comes to a close, let’s look back to all of the character deaths we have to look forward to in The Lord of the Rings 60 years into the future.

Just in case you don’t have the time to sit through another Extended Edition marathon, Digg put together a supercut of every single on-screen death in the entire extended trilogy (which includes Saruman and Grima Wormtongue, whose deaths in Return of the King were cut out). All of the character depth is gone, but there’s all the death and destruction that got many people who shied away from Tolkien to give it another try.

When it comes to an actual number count, that’s harder to figure out. There are estimates online, but we can’t really count how many Orc lives were lost in Isengard or Mordor. And when it comes to the biggest killer, no Man, Elf, Dwarf, or Hobbit can compare to the death brought on by natural and supernatural elements.