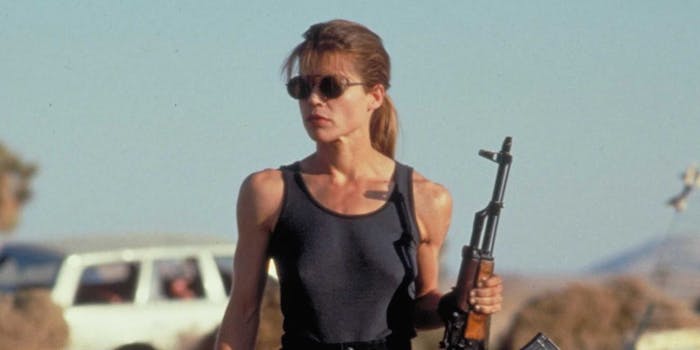 Linda Hamilton will return as Sarah Conor in the next ‘Terminator’

The original Sarah Connor is back!

Thought you were free from Terminator movies? Think again. There’s another one in the works, and the good news is, it stars Linda Hamilton.

“There are 50-year-old, 60-year-old guys out there killing bad guys,” said Cameron.“But there isn’t an example of that for women.” (Sigourney Weaver and Helen Mirren would probably disagree with this statement, but he does have a point. Older women are sorely underrepresented in action movies.)

Since Cameron is busy making Avatar sequels, he’s only onboard as a producer. The movie will be directed by Deadpool‘s Tim Miller, co-starring Arnold Schwarzenegger and a young female lead. This new character (who has not yet been cast) is expected to continue the franchise into a new era, with Schwarzenegger and Hamilton passing the baton in this installment.