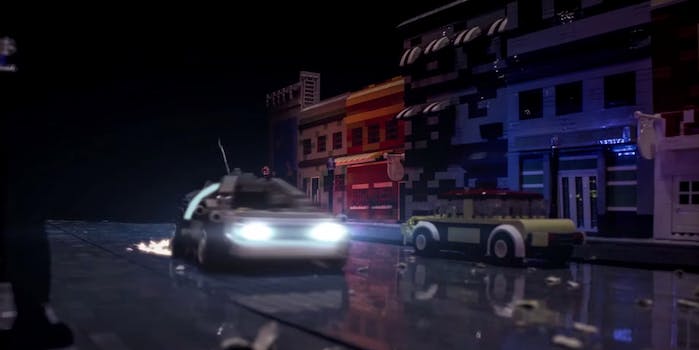 Marty McFly never could have predicted this.

You think cosplay is hardcore? These Lego fans built and filmed an entire stop-motion reenactment of the clock tower scene from Back to the Future at their last convention. No big deal.

The short film is the work of seven fans who got together at December’s Brick Con in London. The annual winter convention draws thousands of Lego fans, often featuring spectacular Lego structures and record-breaking feats.

But since the LEGO Movie, some fans have clearly had their sights set higher than just building impressive dioramas and sculptures. Among them are Vicki Smith and her boyfriend Daniel Jamieson. Smith and Jamieson run Macro Lego Universe, a site where they’ve been creating gorgeous photo reenactments of various films. When they branched out last year to create their first short film—a brief take on a Star Wars battle in action—Lego gave them an official award.

At Brick Con, the pair decided to take it to the next level. With the help of a team of lighting and set designers, editors, and special effects gurus, they painstakingly recreated the famous town square and courthouse, complete with the giant clock face that figures in the climactic scene of Back to the Future. The results are amazing.

On their website, Jamieson and Smith shared behind-the-scenes photos of the filming process. The photos reveal that the entire set was constructed while on display at the convention: 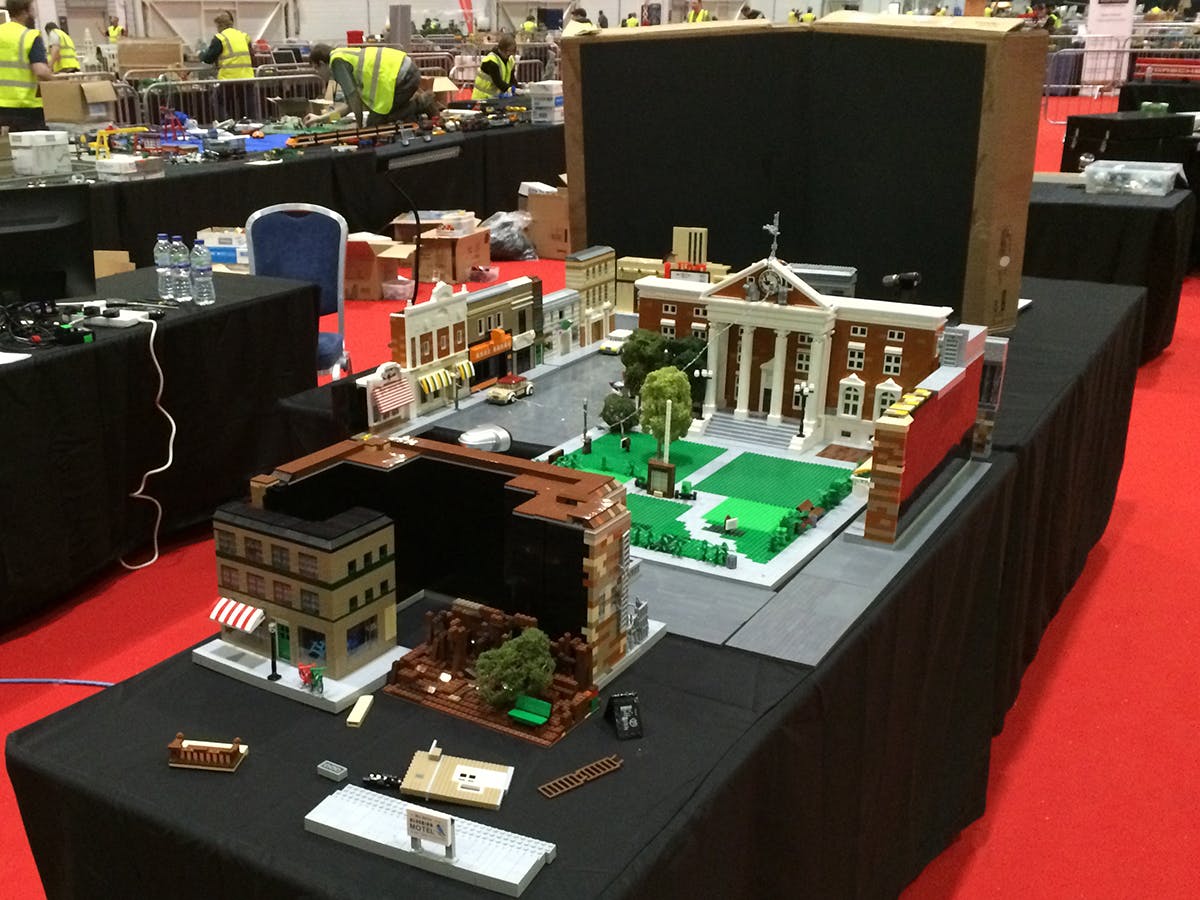 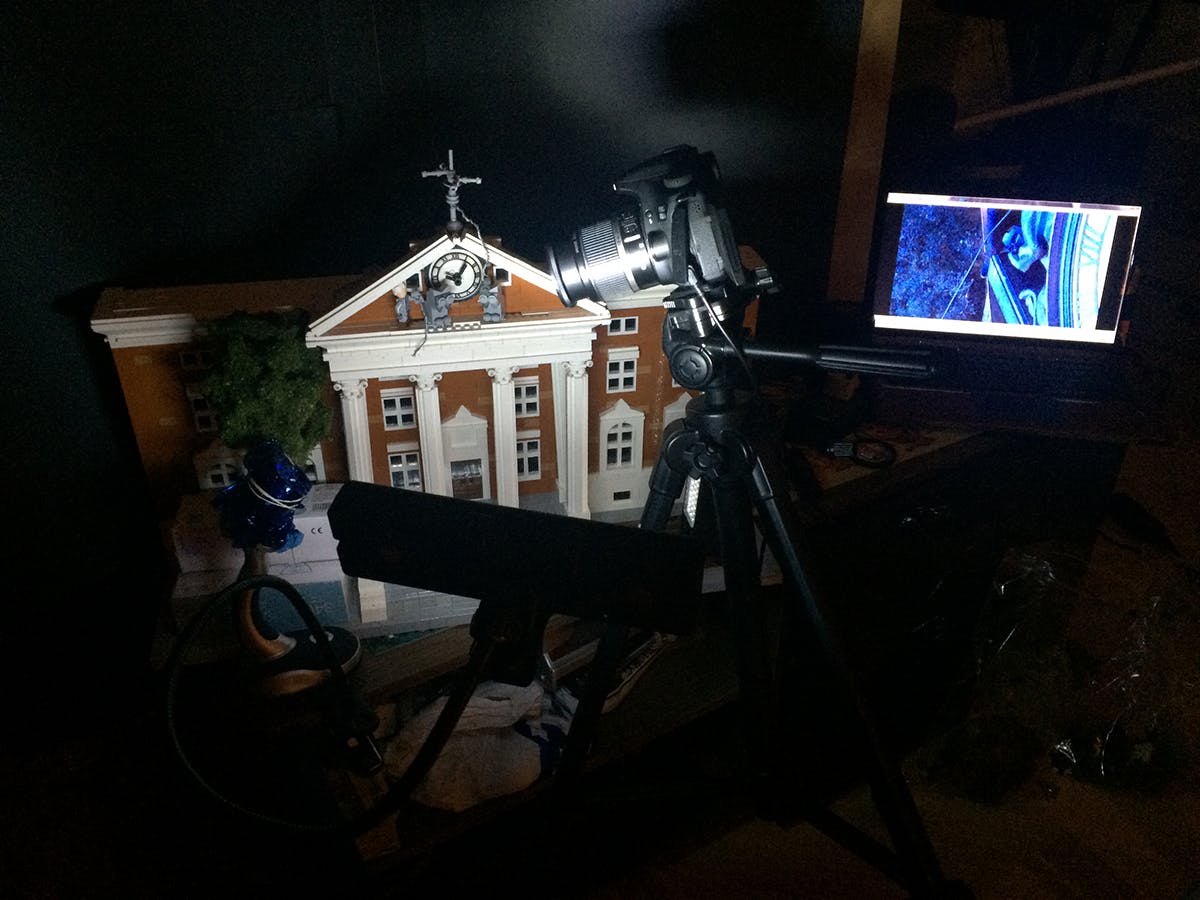 You can see more photos of the process of filming, as well as the duo’s other photo reenactments, at their website.

We hope the success of the short film will convince them to take on Michael J. Fox’s entire oeuvre. A Lego Family Ties is the remix we never knew we needed until just this moment.