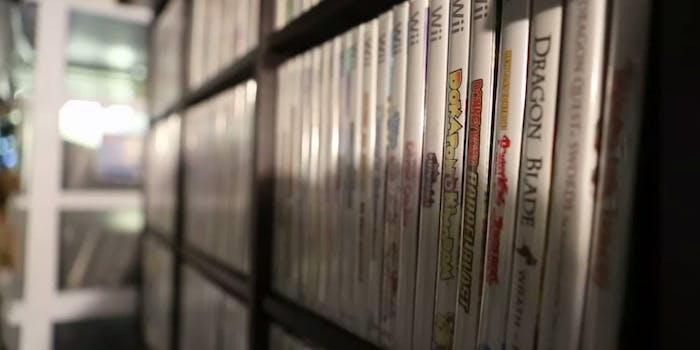 Here's your chance to become a world record holder.

In a YouTube video published on November 18, 2013, Michael Thommason from Buffalo, NY counts the 10,670 video games in his collection. An official referee was even in attendence to make sure the count was accurate. The Guinness Book of World Records would go on to recognize Thommason’s collection as the largest in the world.

Now, Thommason is selling the entire collection on GameGavel.com, in order to tend to family responsibilities.

Unless I miscounted (my eyes kept watering as I tried to read the list) Thommason’s collection includes games from over 100 different platforms, some of which I’ve never even heard of before.

Not all the games are factory-sealed, and some are missing the manuals, but I guess game collectors can overlook that. And if you have the money to even think about buying this massive collection, I’m sure you can track down new copies to replace the incomplete ones.

The current bid, at the time this story was written, was $50,000. The minimum reserve hasn’t yet been met.