Who could be our new Jessica Jones on Netflix?

Deadline is reporting that multiple actresses and actors are under consideration for two of Netflix’s four upcoming original series based on Marvel superheroes. 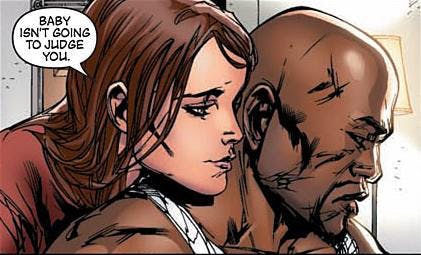 The actor chosen to play Cage will not only play half of one of Marvel’s most sensuous romances, but get his own title series later on in Netflix’s ongoing narration of the lives of superheroes living in New York’s Hells’ Kitchen.

The 13-episode Jessica Jones won’t debut until late next year, after the premiere series in the lineup, Daredevil. But casting for each of the franchises is already highly anticipated. Jessica Jones will only be the second major Marvel series to feature a female lead, after all—the first, Agent Carter, is out in January.

Luke Cage will likewise be the first black superhero to helm his own live-action television series. And if Marvel and Netflix heed the fan campaign to cast the fourth hero, Iron Fist, as an Asian or Asian-American actor, this could well be the most diverse Marvel-verse we’ve yet seen on screen.

Though Marvel won’t be giving us similar variety in cinemas until 2017 in its Phase 2 movie lineup, the Netflix series can hopefully level the playing field a little earlier in the game. Jessica Jones will be out next year, with Luke Cage to follow.

While the actors being considered for Cage are each relative unknowns, several of the actresses under consideration for the part of Jessica Jones are known for genre work already. Still, it’s interesting to imagine a comedian like Ritter in the role. Jessica suffers from post-traumatic stress disorder when she hangs up her cape and retires from the superhero life to become a detective and investigative journalist. Jessica’s life as a hero was unusually injurious—she wound up in a coma twice and nearly broke her spine and neck in the fight that ultimately sidelined her. Her relationship with Cage, who initially is a deliberate outsider within the superhero community, becomes a stabilizing force in both their lives.

Whoever is ultimately cast in the roles, you can look forward to great chemistry filling up your screen later next year.