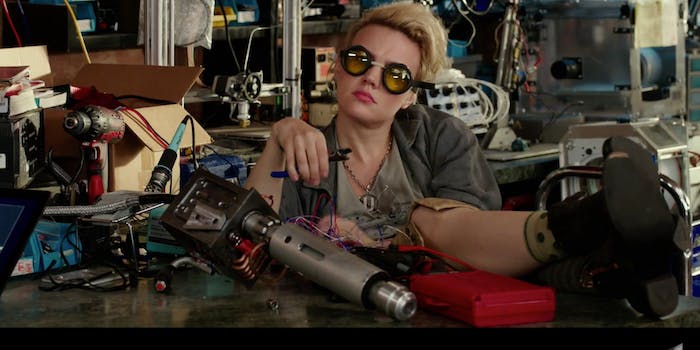 The new ‘Ghostbusters’ trailer has fans freaking out over Kate McKinnon

That wink went straight to the Internet's tingly parts.

A lot was going on in this morning’s trailer for the new Ghostbusters, but we don’t remember what any of it was because Kate McKinnon strutted onscreen looking like the cutest butch lesbian ever, and, like the rest of the Internet, we lost our minds.

Mark it down: 3/3/16, the day the entire internet had a Kate McKinnon-induced sexual awakening.

As the engineer Jillian Holtzmann, McKinnon strolls into our lives with giant safety goggles, combat boots, and her no-fucks-given roots showing. Even if you’ve somehow missed McKinnon’s habitual brilliance on Saturday Night Live, this is a face that’s impossible to ignore: 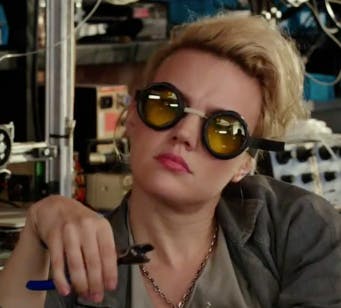 And then there was the wink.

We are here for this. #Ghostbusters pic.twitter.com/QhfOJa66lm

@retconning Also I'm having a full on Kate McKinnon SITUATION. that wink? LICKING HER GUN?! WHAT?!?!

There’s even already fanart, because of course there is:

As you’ll notice, a lot of the people losing their minds over Kate McKinnon’s powers of seduction aren’t dudes. If there’s a god of Hollywood, McKinnon will surely be a queer character. That wink is too precious to waste on only half the population.

And there’s another burgeoning campaign to which we are paying attention—Kate for young Han Solo:

I think Ghostbusters has solved your Young Han Solo casting problem, there. https://t.co/f6sZs7OOXB

Let’s face it: With that hair, that jacket, and that smirk, she’s already closer to the casting than this guy or any of these guys.

Plus, you know the only thing that could make Star Wars better is a Han Solo who can really rock a blaster backpack.