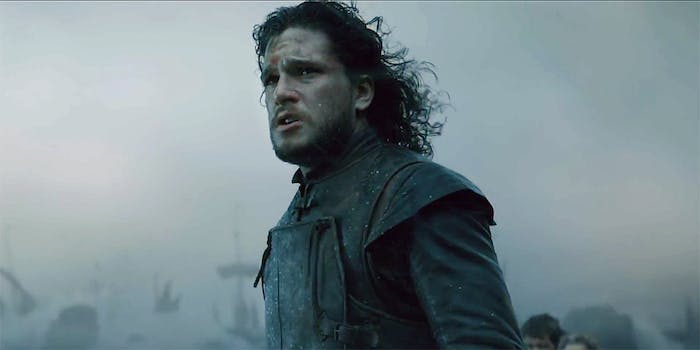 Fans are now looking frame by frame to determine the validity of a theory.

Warning: This article contains spoilers for the season finale of Game of Thrones.

We’re now in the third week of our latest Game of Thrones hiatus, and the fan theories are starting to go in circles, particularly on whether a beloved character dies in the “Mother’s Mercy” episode.

The book theorists have been debating it for about four years now. And despite what Kit Harington and the showrunners have said on the matter, the viewers don’t believe them. Of course, neither does Emilia Clarke (who plays Daenerys on the show), fueling the fandom flames. And now people are obsessing over Harington’s hair even more than usual while looking at the critical scene frame by frame.

If the five stages of grief applied to fictional characters, we’d be well into the bargaining stage by now when it comes to Jon Snow’s fate.

MTV’s Josh Wigler first reported on June 17 on something we all missed during that final scene that was pointed out to him by a fan: As the camera zooms in on what we’re led to believe is Jon’s dead body, the eye color changes ever so slightly. The fan tells Wigler that Jon’s eyes turn purple—the eye color associated with the Targaryens—and while he doesn’t see that point himself, he can’t deny that the color does change.

When I read the article, I was skeptical. I recreated the shot Wigler included in his article with Preview but didn’t notice the “Targaryen purple” the reader mentioned. 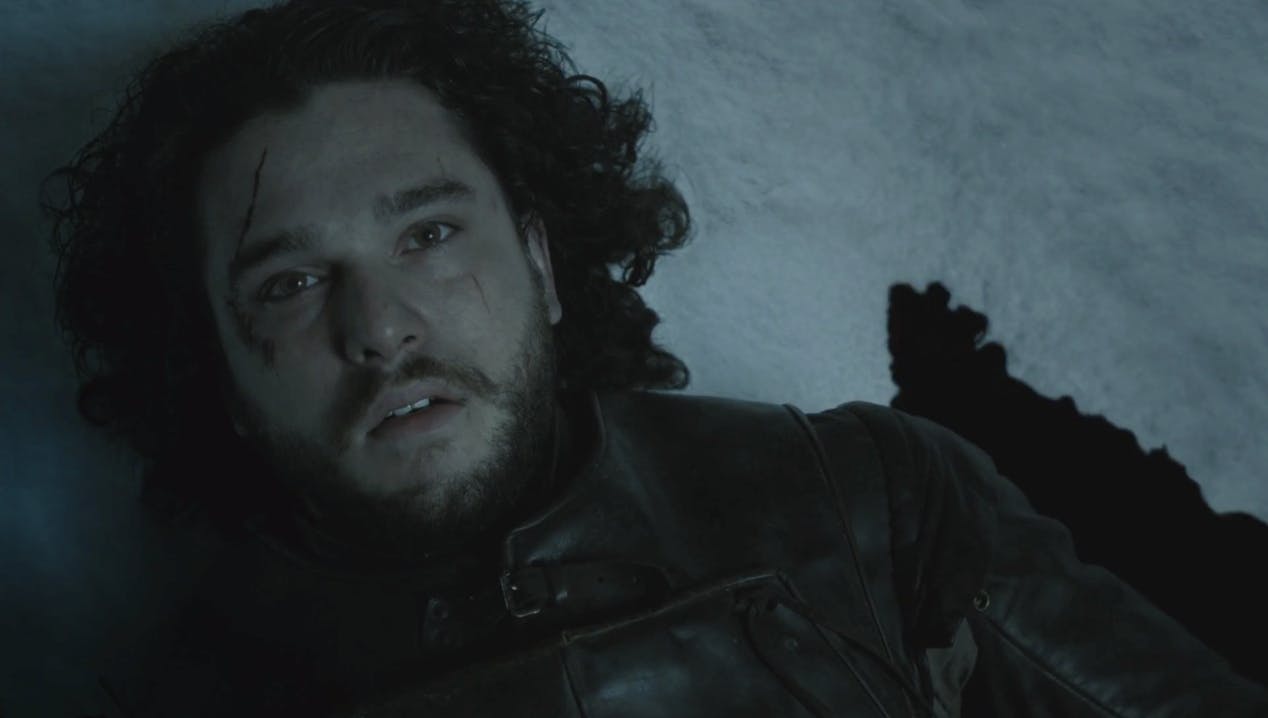 As more outlets aggregated the MTV article, it became harder to ignore, both for the conspiracy theorists and the fans exasperated at having to shoot them down again. Did the frame mean that Jon was alive and possibly warged into Ghost? Or was he turning into something more sinister like a wight or White Walker? Or will we just be thoroughly disappointed come next season when nothing happens?

Wanting to do my due diligence, I recruited Daily Dot illustrator and GIF expert Jason Reed (who’s much better at color correcting this sort of thing than I am) to jump into the rabbit hole and help determine what change (if any) was made to Jon’s eyes. 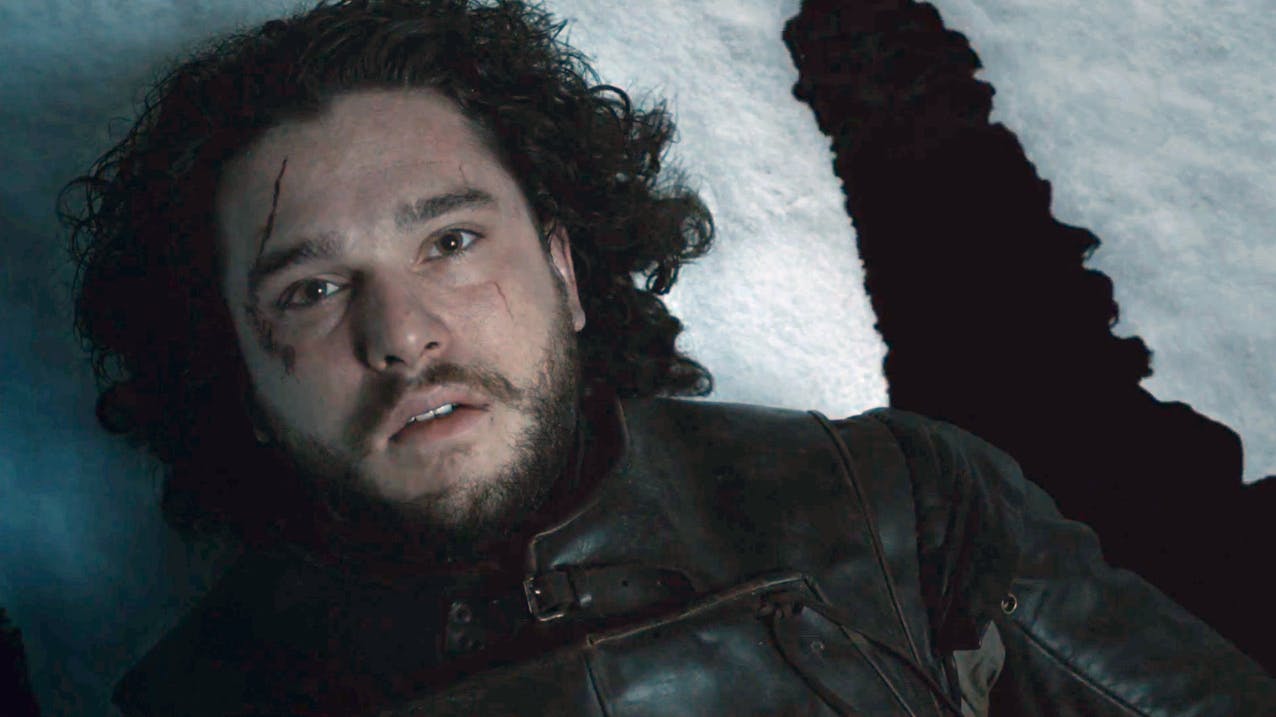 And here it is in GIF form, for good measure.

Reed told me that Jon’s left eye was just slightly lighter than his right eye, and he did notice some manipulation on the eyes.

“[T]hey may have done something to his eyes on that shot because they were moving and he’s supposed to be dead,” Reed noted.

Even more so, he added, the camera was zooming on top of Harington. The final shot lasts more than 30 seconds, so even if a still frame was extended with the CGI blood, it’s a long time for any actor to keep his eyes open while playing dead (and probably staring into lighting equipment).

So that essentially rules out a few standing theories for now.

He’s not being transforming into a wight 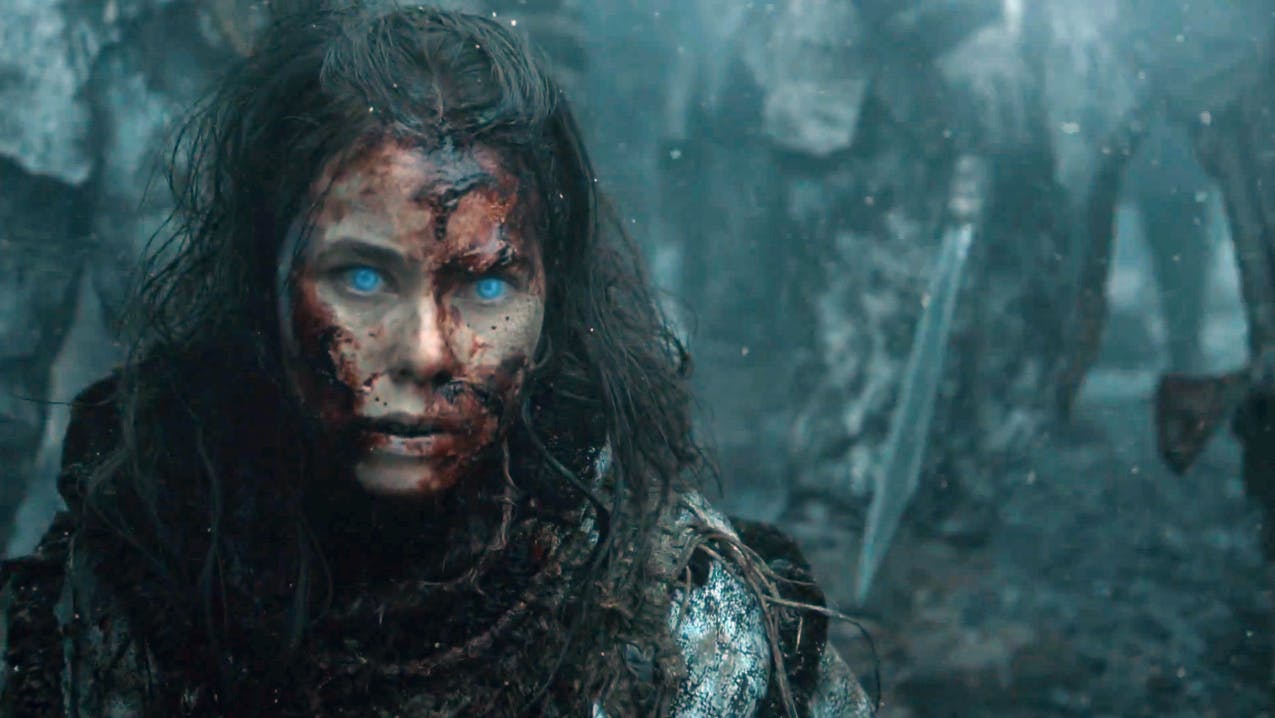 Although the timeline for exactly when a dead body at and north of the Wall turns into a wight (an animated corpse/snow zombie), is iffy, there’s one thing guaranteed: It will happen. If Jon is truly dead, it may be a matter of hours. But if the Night’s King is nearby, he could just raise his arms and set Jon loose on everyone.

As shown by the wildling chieftess Karsi in the “Hardhome” episode, wight’s irises will gain a bright blue hue, but the sclera (the white outer part of the eye) will remain white.

He’s not turning into a White Walker 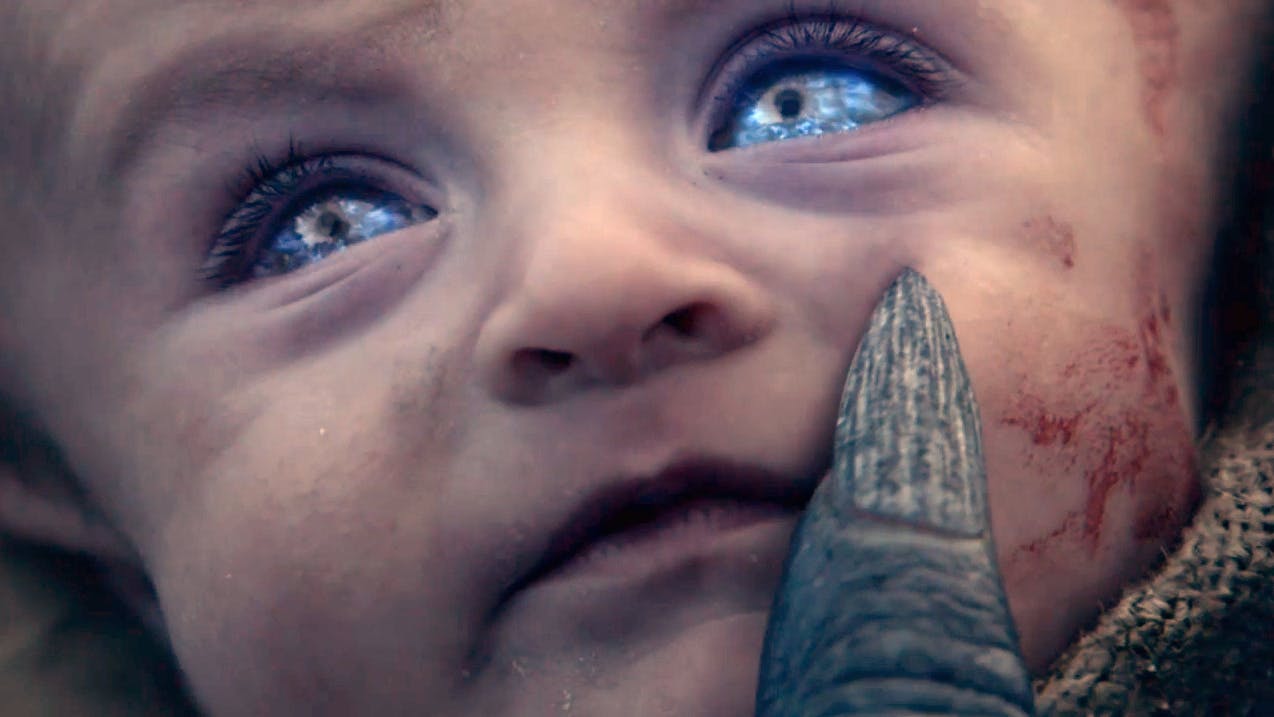 Can an adult (let alone a possibly dead one) turn into a White Walker?

The jury’s still out on that one, because we’ve only seen it happen in the case of one of Craster’s sons. The baby is very much alive when the transformation occurs in “Oathkeeper,” and child’s eyes look as though they turn to crystal when the Night’s King touches the baby’s face. There’s definitely no match in Jon’s dead stare.

Still, we understand that final look Jon and the Night’s King gave each other in “Hardhome” is very hard to ignore.

He’s not warging either 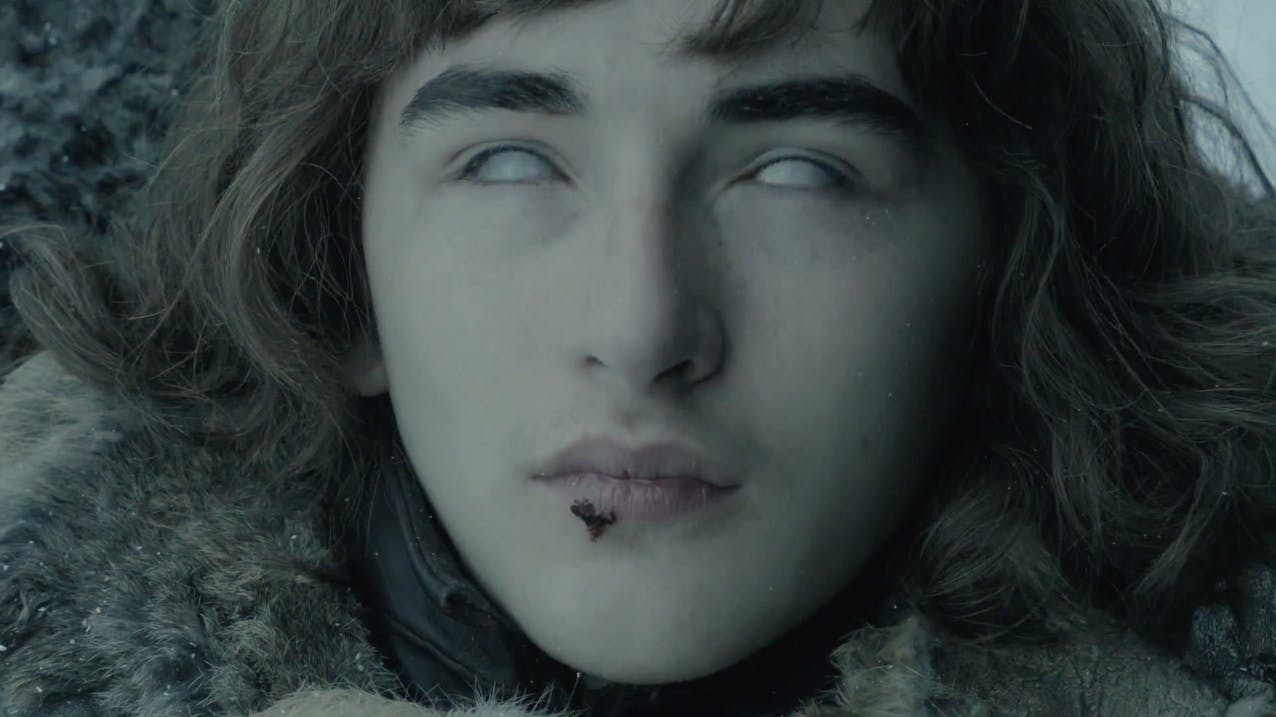 So where was Jon’s wolf, Ghost, in all of this? We’re still trying to figure that out.

We’re introduced to warging by Bran Stark, who can go into the mind of another animal or person at will. That’s shown on-screen with a milky-white screening the pupil and iris—and the same effect happens on Hodor multiple times throughout the series. In Hodor’s case, as the person whose mind is being taken over, his eyes turn milky only temporarily before he bends to Bran’s will.

Considering there’s a lack of milky eyes on Jon, it doesn’t appear that he suddenly found some warging ability and escaped into Ghost.

I’m not saying that Jon is definitely dead or won’t turn into the Night’s King or his first lieutenant, but it’s gonna be a long hiatus if we keep obsessing over what happened to Jon for nine months.

As for next season? The possibilities are endless for fans who just don’t want Jon to be dead.