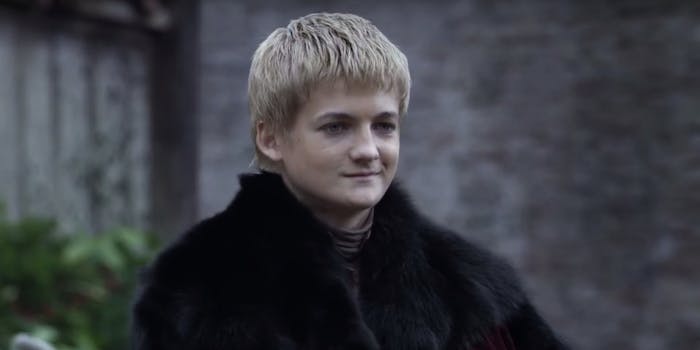 A king can do as he likes—even tell his own story.

The fact that Joffrey Baratheon is a bastard (not just by birth) is one of the few certain things about Game of Thrones, but a new take on the source material shows that maybe we’ve been vilifying the true hero this whole time.

BloodBlitz Comedy, who brought us BaneCat and the tantalizing reveal that maybe Harry Potter was the villain all along, has now hit us with an even more startling revelation in a parody trailer he says took 50 hours of editing. Joffrey wasn’t just a nice guy taken out of context, he was the hero. He was the ultimate gentlemen who didn’t want to repeat his father’s mistakes. He inspired and led his troops into battle. He was raised up by the women in his life until one of them became his downfall.

Or, it’s entirely possible Cersei Lannister just edited the whole thing as a last-minute propaganda move against the oncoming efforts to remove Tommen and the Lannisters from power.