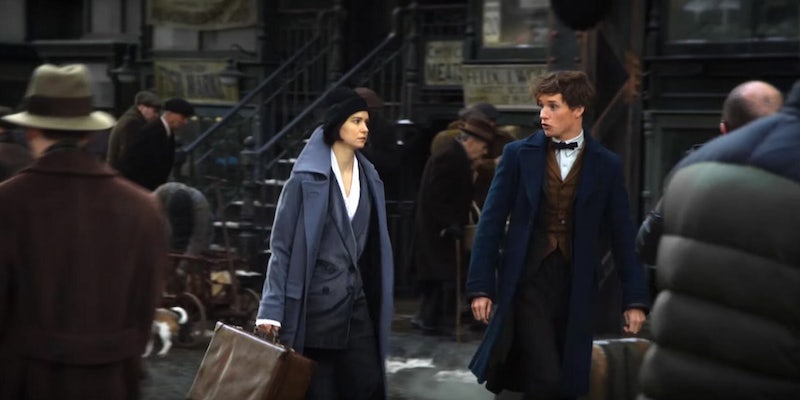 We get a look at the wizarding politics that will set the stage for 'Fantastic Beasts.'

J.K. Rowling‘s final history lesson on wizarding in North America, which appeared on Pottermore on Friday, brings us up to the 1920s.

That’s good news for Harry Potter fans who have been anxiously awaiting more details about the world we’ll visit in Fantastic Beasts and Where to Find Them, a prequel movie trilogy set in 1926 in New York City.

Though we’re still months away from the movie’s Nov. 18 release, Rowling decided to begin preparing fans with a four-part series on North American wizarding this week. It covered Native American magic—which triggered backlash online—as well as the devastating Salem Witch Trials, the establishment of a magical congress, wizard segregation from the No-Maj (muggle) population, and the leak of wizarding secrets.

The many dark moments in North American wizarding history left members of the community far more secretive than their European counterparts, thanks in part to the strict Rappaport’s Law that prohibited wizard fraternization with No-Majs. Fortunately, Rowling ended her history lesson on a lighter note than in previous installments, discussing the success of the acclaimed Ilvermorny school (which we still haven’t officially located) and the backgrounds of four famous wandmakers of the time.

She described Shikoba Wolfe, a Chocktaw descendant, known for making powerful Tunderbird-feather wands prized by Transfigurers; Johannes Jonker, the muggle-born son of a cabinet maker who preferred the hair of a wompus cat; Thiago Quintana, who took the secret of capturing the White River Monsters of Arkansas for their spines to his grave; and Violetta Beauvais, a New Orleans wandmarker who used the hair of the fierce rougarou, a dog-headed swamp monster, to create wands that could easily be used for dark magic in the wrong hands.

Rowling also dropped a clue that will likely play into the adventures of Newt Scamander in Fantastic Beasts, writing that North American wizards’ reclusiveness made them less tolerant of ghosts and other magical creatures than European wizards.

Could Newt be breaking all the rules to research the creatures of the magical world?

We’ll just have to wait and see.