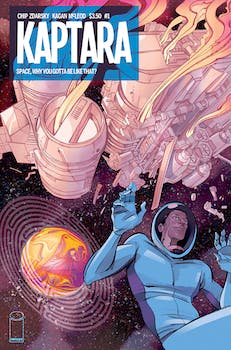 Here are some of the awesome new titles coming from Image Comics this year.

Image Comics enjoyed a very successful year in 2014 as it dominated the sales charts for graphic novels. At its expo in San Francisco this week, the publisher announced 19 new comics, including several new titles by major names in the industry.

Skottie Young and Jean Francois Beaulieu, the creators of last year’s massively popular Rocket Raccoon, have teamed up again for I Hate Fairyland, a story about a young girl who is trapped in Fairyland for 30 years without aging. Fairyland is brightly colored and super fun if you’re a little kid, but those surroundings turn into a total nightmare if you’re nearing middle-age—even if you’re trapped in a child’s body. 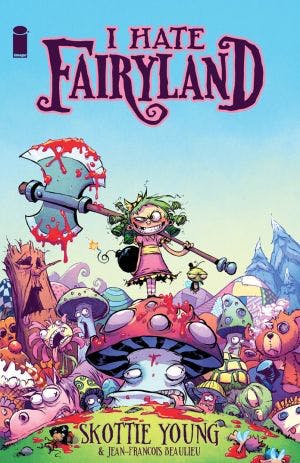 Entertainment Weekly has a few sample pages from the comic, which Skottie Young says was inspired by “reading countless children’s books to my son and wondering ‘how do these kids in these fantasy worlds NOT want to kill every character they come across?'”

Another interesting new title is Ludocrats, a collaboration between writers Kieron Gillen (The Wicked and the Divine) and Jim Rossignol (steampunk game Sir, You Are Being Haunted), and artists David Lafuente (Ultimate Spider-Man) and Ricardo Venancio. Judging by this interview with Gillen it’s going to be pretty odd, a fantasy comic about two ludicrously eccentric aristocrats—hence the name. He says one of their biggest influences for this book is Asterix, which is something of a departure from superhero comics and projects like Phonogram and The Wicked and the Divine. 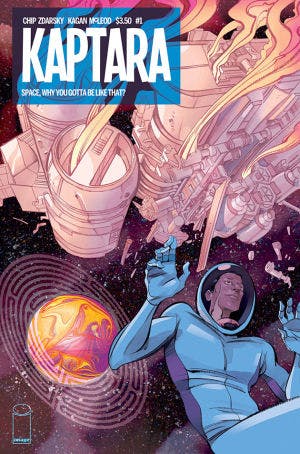 Kaptara has the near-irresistible hook of being described (perhaps a little facetiously) as “gay SAGA.” It’s a sci-fi comic by Sex Criminals co-creator Chip Zdarsky and illustrator Kagan McLeod, and is partly inspired by 1980s action figures. So right now we’re thinking He-Man meets the space opera goodness of SAGA, except… gayer. There’s also a character (or object?) called the Motivational Orb, which is basically a floating orb with arms that displays motivational phrases on its belly. OK.

So, those are some of our picks for exciting new comics coming out of Image this year, but you can check out the full list, plus cover art, over at IGN.