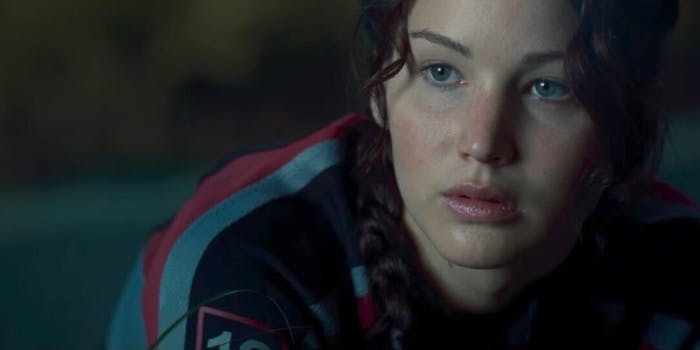 She quickly leapt into action.

A 12-year-old girl in Gloucester, Massachusetts, used a first aid technique she read about in The Hunger Games to help stop a friend’s cut from bleeding after she suffered a serious leg injury.

Megan Gething and Mackenzie George had been playing with friends last week in a nearby marsh when George slipped on mud and cut her leg on a welded steel pump. While George initially thought she just bumped her leg, she discovered there was a massive gash measure 10 inches long and 3 inches wide.

Gething told one girl to call for help while she made a tourniquet out of a pair of shorts to stop the heavy bleeding.

“I knew it from a book I read,” Gething told The Gloucester Times. “I figured it was a well-known method of stopping bleeding.”

The book Gething is referring to is The Hunger Games, which features a scene near the end of the book where Katniss Everdeen makes a tourniquet from an arrow and part of her shirt for Peeta Mellark after his leg is injured. While Katniss’ tourniquet did its job for the brief time it was used, Peeta eventually lost his leg.

This story fortunately has a happier ending. Minutes later, George was taken to the hospital and after being examined by a surgeon, doctors found that her leg didn’t have any muscle or nerve damage from the steel pump. She’ll soon make a full recovery.

“Megan was the star of the show,” George’s father, Gregory, said. “Thank goodness she was there. Mackenzie would have lost a lot more blood, and it could have been life-threatening if she hadn’t done what she did.”