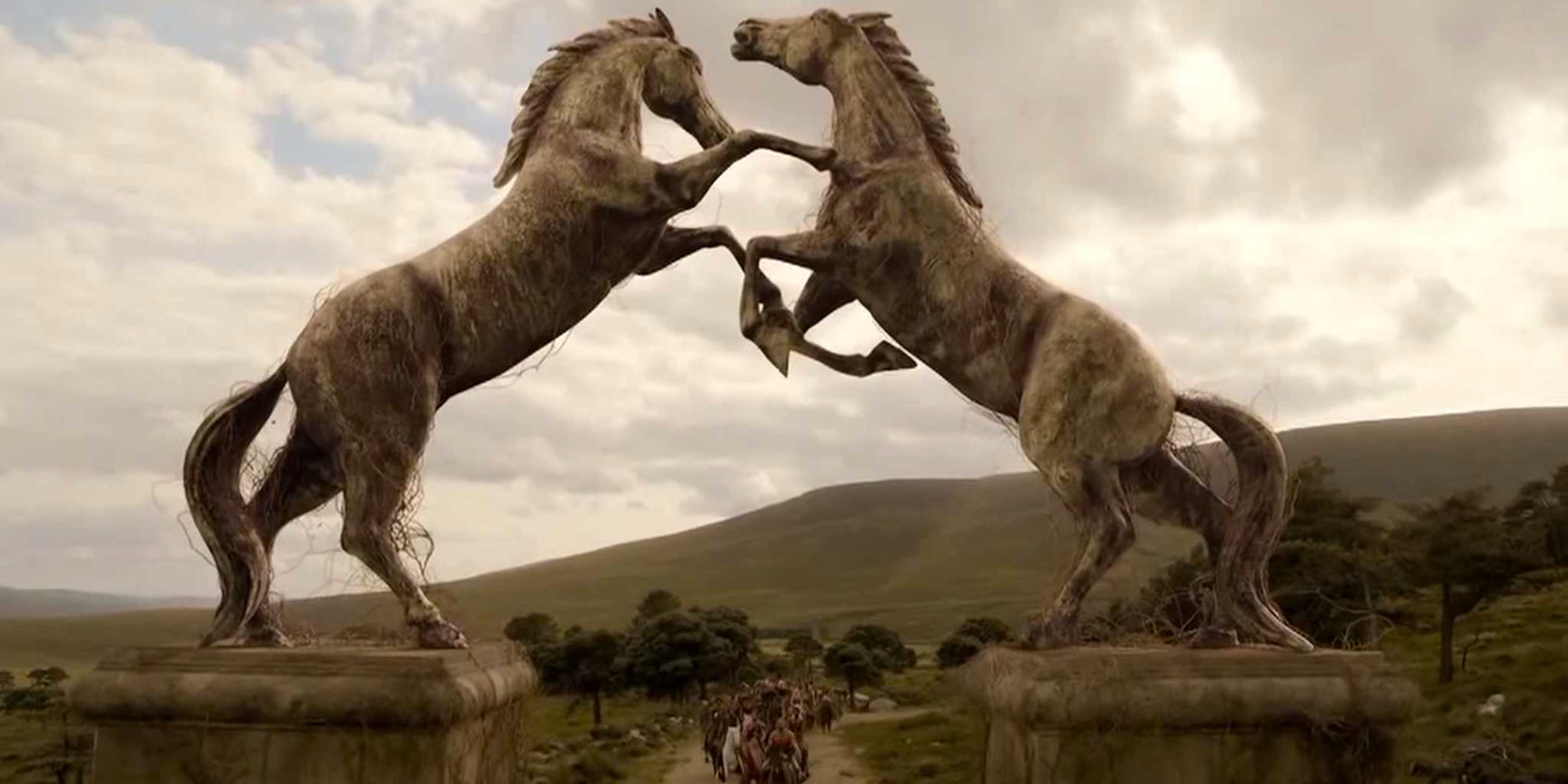 How I learned to speak Dothraki

I don’t think I had any idea what I was really getting myself into.

As a Game of Thrones and A Song of Ice and Fire fan for years, I’ve always been curious about the fictional (yet fully realized) languages that George R.R. Martin created. I’d never attempted to learn a fictional language before—although I did flirt with writing my name in Tengwar script from the Lord of the Rings trilogy during my earlier days.

But my unrealized dreams were about to come true: Dothraki, probably the most recognizable language to come out of ASOIAF, is an actual language that you can learn.

Trying to learn a new language is a feat in itself, no matter which one it is or why you’re doing it, and it’ll likely take years to master. Even after about eight years of Spanish classes in high school and college, I can’t speak much of it. By contrast, I tried learning Dothraki in 20 minutes—the length of the crash course at New York Comic Con given by David J. Peterson, who created Dothraki and Valyrian on Game of Thrones and turned the former into an online course (with a companion app).

In a room filled with roughly 300 people, staff quickly ran out of sample copies of Living Language Dothraki, and I ended up getting a mini-booklet (different from the online sample) from someone kind enough to share. 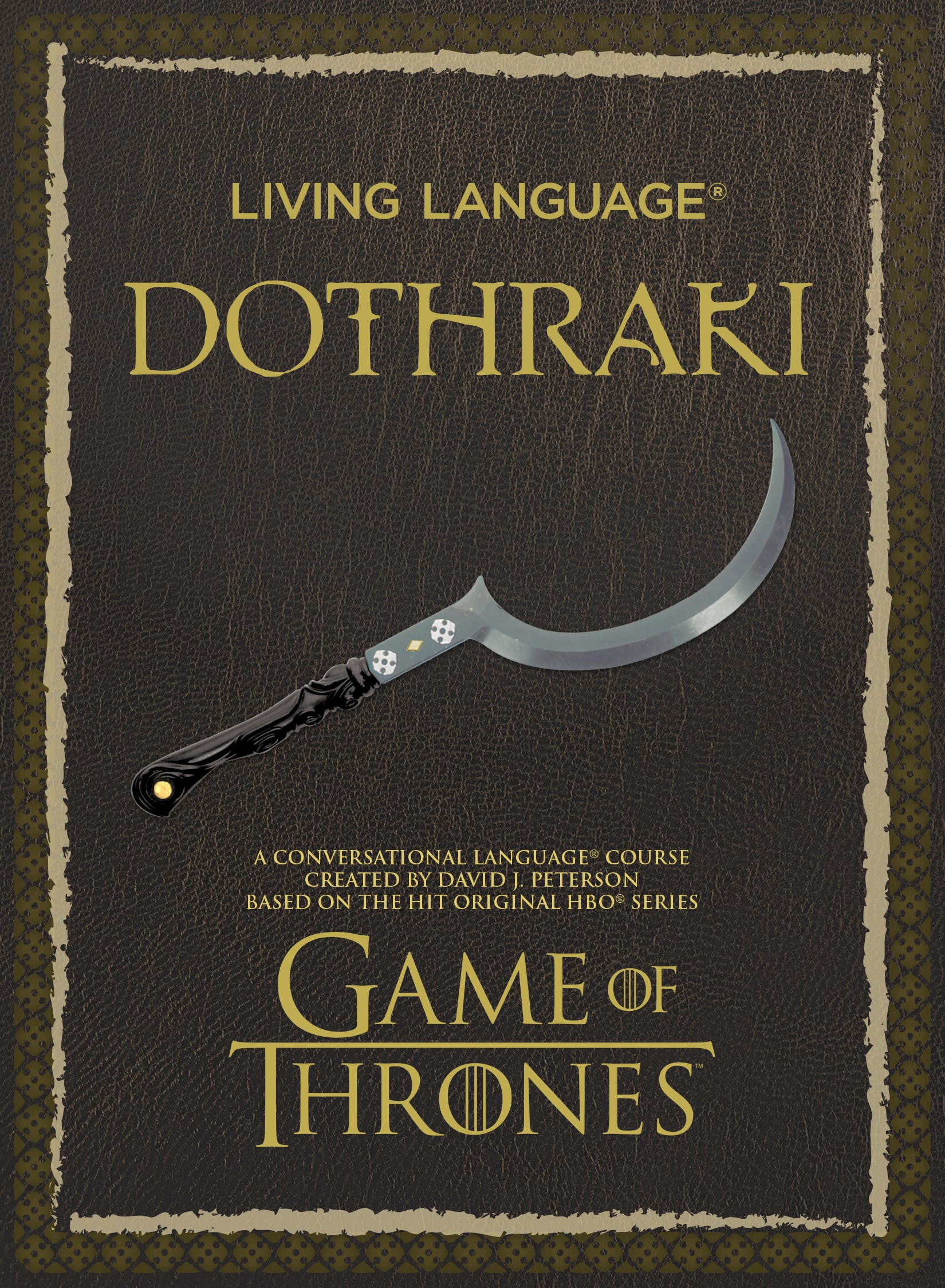 It was the Sunday morning of Comic Con, and we were ready to learn, even those of us who hadn’t been in a classroom in years. With a textbook of sorts, we started practicing our pronunciation of the harder sounds.

Just listened to a roomful of 300 people pronounce the Dothraki “KH.” A lot of good spit flying. @Dedalvs @LL_Dothraki

Dothraki might not be used in the real world, but people (and not just Game of Thrones fans) are clamoring to learn it. But… why?

“When it comes to creative languages that people have heard of, it’s either Esperanto or they’re attached to a huge franchise,” Peterson told me after the panel. “And in this case, Game of Thrones has become a huge franchise. And plus, I also think that Jason Momoa’s performance was really iconic and people really latched onto it, and it was gone before you knew it, so it’s kinda a way to remember him.”

Even though it’s been three seasons since Momoa’s Khal Drogo met his demise, people still have a lot of feelings about it.

Peterson went over the basics of pronunciation, and the good news is that many of the consonants sound exactly like you’d read them in English. The bad news is that some of the other letters—like kh, which requires moving your tongue back to the uvula to say the q (in person, it sounds like birds cawing to my untrained ears)—are a little trickier. Also, it’s easy to forget to say every letter, even if there are two of them in a row—e.g. moon is mo-on. The four vowels (u is barely used at all) are pronounced as they are in Spanish: ah, eh, ee, o.

If you’re a fluent speaker of Spanish and/or Arabic, you should be able to speak Dothraki fairly easily. If not, things are going to be difficult.

Having created the language, Peterson has become an expert at it, with even Martin asking him to help translate words and phrases that may end up in The Winds of Winter (all I could get out of him was that “the Dothraki will show up”). But that also means he gets requests to translate phrases—many of them inappropriate or offensive. One girl at the panel wanted to know how to say “That’s what she said” in Dothraki; for those wondering, it’s “Hazi fin ast me.”

While Peterson is interested to see how Dothraki holds up once Game of Thrones ends, he may set out to teach another fictional language from the novels.

“I think that people who were fans of the books were more fans of High Valyrian than Dothraki,” he said. “They thought Dothraki was cool, but they were really excited about High Valyrian. And I think also that some of the really outstanding moments of the series have happened with High Valyrian, like Daenerys revealing that she speaks Valyrian. And there’s probably more to come. So I think there’s a possibility.”

Once I got my crash course in Dothraki, I was ready to speak it. Or at least make an attempt.

After a few flubs, I realized that I am Gob.

I waited until I got home from NYCC to really try it out again and even did some research to refresh myself on the crash course. I got a good night’s sleep, and when I had time to practice, I took some deep breaths. Then I went outside so nobody I know could possibly hear me. Then I hit record.

I should warn you. If you don’t want to hear me butcher a fictional—but now very real—language, you may want to keep those vines muted.

As a lifelong New Jerseyan, I’ve pretty much never pronounced my T’s (to the chagrin of choir teachers in particular), and no matter how determined I am to speak Dothraki, it’s a letter that I’ll probably never conquer.

But let’s press on.

Khaleesi: Queen (Yes, because we’ve all been pronouncing it wrong this entire time.)

Me nem nesa: It is known

Jalan atthirari anni: The moon of my life

Hazi fin ast me: That’s what she said